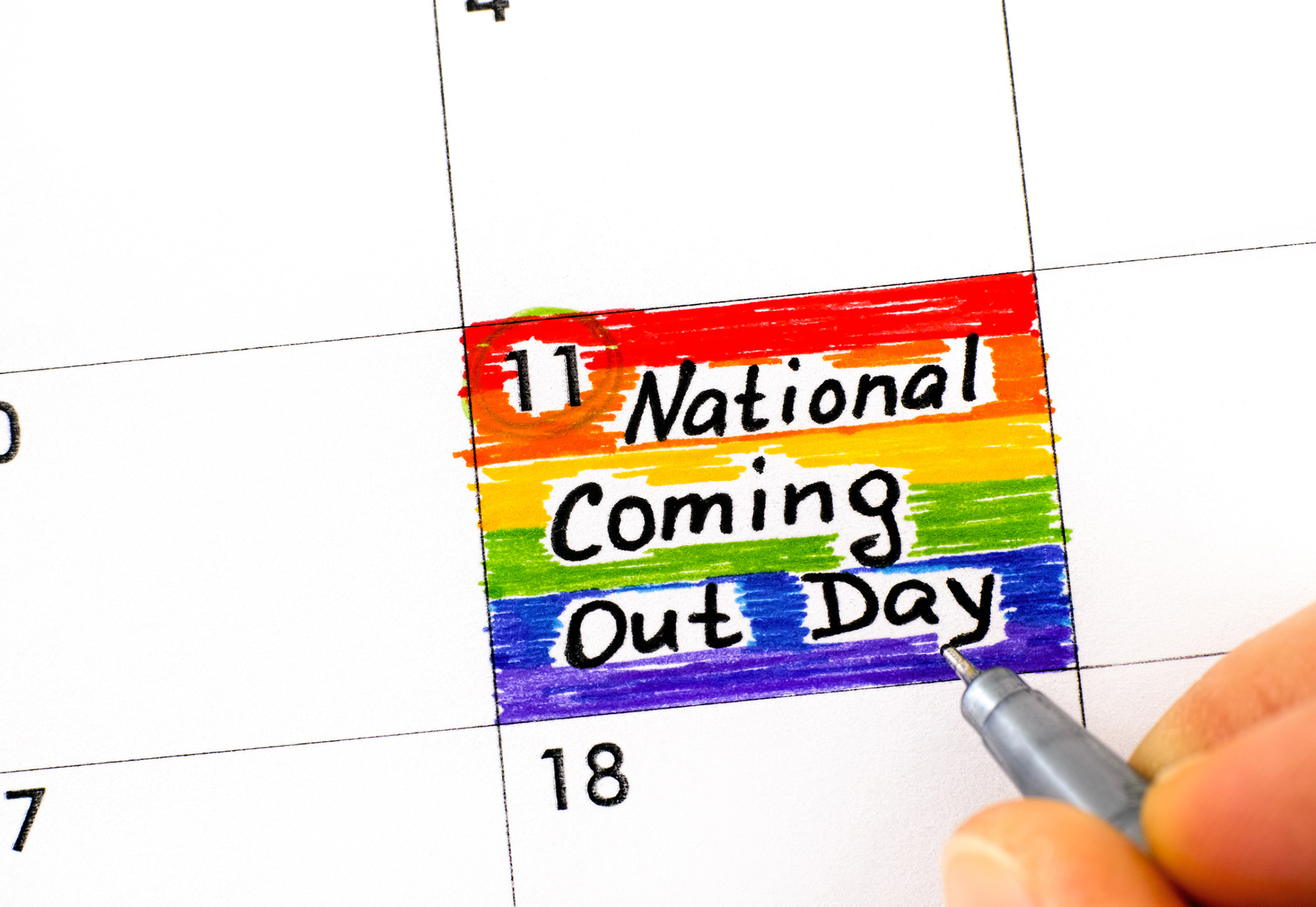 Fingers with pen writing a reminder for National Coming Out Day in a calendar.

Baker College values and supports our diverse faculty, staff and student body, some of who are PROUD members of the LGBTQIA+ community. We are BakerProud to recognize LGBTQ History Month and National Coming Out Day.

LGBTQ+ history began way before the recognition was founded in 1994. According to many scholars, Lesbian and Gay relationships date back to ancient Rome and Greece. However, before there was an LGBTQ History Month observance, there was National Coming Out Day (NCOD). This annual LGBT awareness day is observed each year on October 11, to support lesbian, gay, bisexual and transgender (LGBT) people (and sometimes other groups typically included within the LGBT community) who are “coming out of the closet.” Coming out can be a different process and experience for everyone.

I have always been an oddball. There was something different about me from my brothers and other guys. Growing up, I did not know what gay was; the concept of being gay was totally foreign to me. I grew up Apostolic which is a type of Pentecostalism which is a subset of Christianity. My family was against homosexuality. My father regularly made jokes about homosexuals, which made me feel uncomfortable. When I was a young child I remember watching tv and really liking the Mr. Clean ads. I also remember being attracted to my math teacher when I was in 6th grade. I talked to my parents about my “male sexual feelings” emerging and was told it was normal, and it would pass. This relieved me as I thought I was possessed by a demon. I had many dreams of a sexual nature, and it became evident that I was gay, as the feelings did not fade and in fact became more intense.

I then came out to my parents after about a year or so with the feelings building. I was told I was not gay and that I was just confused. I was bullied most of my life, but the only time it was about being gay was in high school. Some kids would “warm their hands” on me as the term “flaming gay” was a popular one. I tried to ignore the students, but they were in two out of three of my classes.

When I gained access to America Online (AOL), this opened up the door to chat rooms where I met other gay people. This is where I felt comfortable. I am also a bit of a techno-geek so being online felt natural. I met my first boyfriend online.

When I was ready to be more out and identify as gay, I took a Kroger keychain and made a rainbow printout that I wrapped it on and put on my keychain so it was on display. About a week later, the students in the class realized it was there and whispered to each other if I was actually gay. When they finally asked me, I calmly said “yes,” then was called upon to answer a question without skipping a beat. The bully, having lost his power over me, leaned back wide-eyed.

I came out to other students when I mentioned I went on a date and used the “him” pronoun with a flat inflection and went back to school work. This stunned these other students as well and did not allow them to respond. I dropped out of school the week after I came out; coming out was slightly connected to dropping out, but I was also tired of being bullied in general. I also had an undiagnosed mental issue and learning disability which also contributed. I then tested my identity as a gay man. I only had a TV for reference, so I tried to emulate what I saw. This felt unauthentic for many reasons, and I later learned just to be myself and not force any stereotypes into my being.

In college, I had to come out again–to my co-workers, classmates, and instructors. The timing was important and how I came out was as well. In my 20s, I came out to my co-workers who were not phased and actually deepened my friendship with them. My one instructor actually took me into the hall after I said I was gay and said they were honored for me coming out in their class and then asked if I was ok with doing it. To my classmates, I would always use the term “they” when referring to my boyfriend. When I came out, the students were in shock and accused me of saying I had a girlfriend, but I corrected them as I never said my friend Sarah was my girlfriend. I worked on many papers in college for Cultural Diversity and Composition 1 and 2 that were gay-oriented,  which was another way I came out to my later instructors. After each quarter of schooling, I would go to a gay club to dance with my boyfriend in a public place. It was a freeing experience that made me feel like I was part of a community that understood me. Later in my 30s, I came out to my students in a nonchalant way when using my life examples as teaching moments. The students never batted an eye.

Currently, I assist others who have a mental diagnosis, and a few of them have come out to me. It always took time for them to feel comfortable with me which is usually quickly given my general honesty. I have also encouraged others such as my ex-boyfriends to come out to their families. Each time when they did, it was not as bad as they expected, and most of the time, there was acceptance right away.