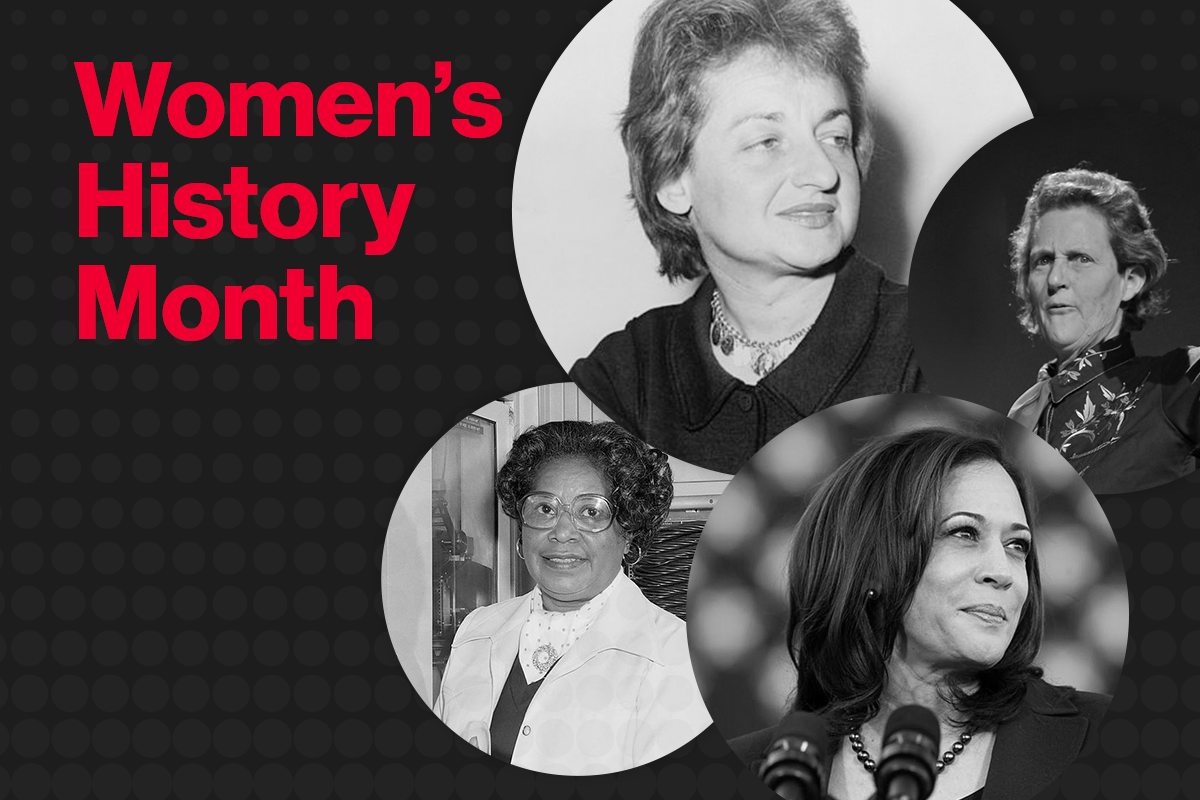 Throughout history, women have experienced intimidation and hardships with which few modern women are familiar. It is through their resoluteness and courage that women have fought for change. This change encompasses significant endeavors such as fighting for women’s right to vote, women’s reproductive choice and freedom, and equal pay for all.

Vice President Harris is not only an accomplished and educated woman, but also one who recognizes the extraordinary actions of past and present women who made her attainment possible. In her November 7, 2020 acceptance speech, Vice President Kamala Harris expressed her respect and admiration for the “generations of women, Black women, Asian, white, Latina, Native American women — who throughout our nation’s history have paved the way for this moment…— women who fought and sacrificed so much for equality and liberty and justice for all.” She added: “I reflect on their struggle, their determination and the strength of their vision—to see what can be unburdened by what has been—I stand on their shoulders” (Zennie, 2020). The shoulders to which she is referring includes influential women such as Rosa Parks, Elizabeth Cady Stanton, Harriet Tubman, Harriet Beecher Stowe, Ida B. Wells Barnett, Eleanor Roosevelt, Susan B. Anthony, Sojourner Truth, Susan La Flesche Picotte, Zora Neale Hurston, Hilary Clinton, and many more.

Many historical women have shown, and many contemporary women continue to show remarkable courage in their everyday lives. They have forged change, socially and personally, as well as in their local communities. Some of these notable women include the following extraordinary doctors, engineers, CEOs, teachers, managers, and activists.

What are some ways to get involved during Women’s History Month?

To celebrate Women’s History Month with Baker College, we encouraged all faculty, students, and staff to get involved with #SheInspiresMe. The goal was to recognize notable women in our lives, in history, or in our field of expertise, and revere and thank them for their contributions. Take a minute to view all of the tributes submitted of special women who inspire our students, staff and faculty.

Some additional ways to celebration women during the month of March:

There are also many virtual Women’s History Month events taking place during the entire month of March. Click on the links below to peruse events:

See the sources below for additional insights into the significance of the month of March for recognition of women’s actions and accomplishments.