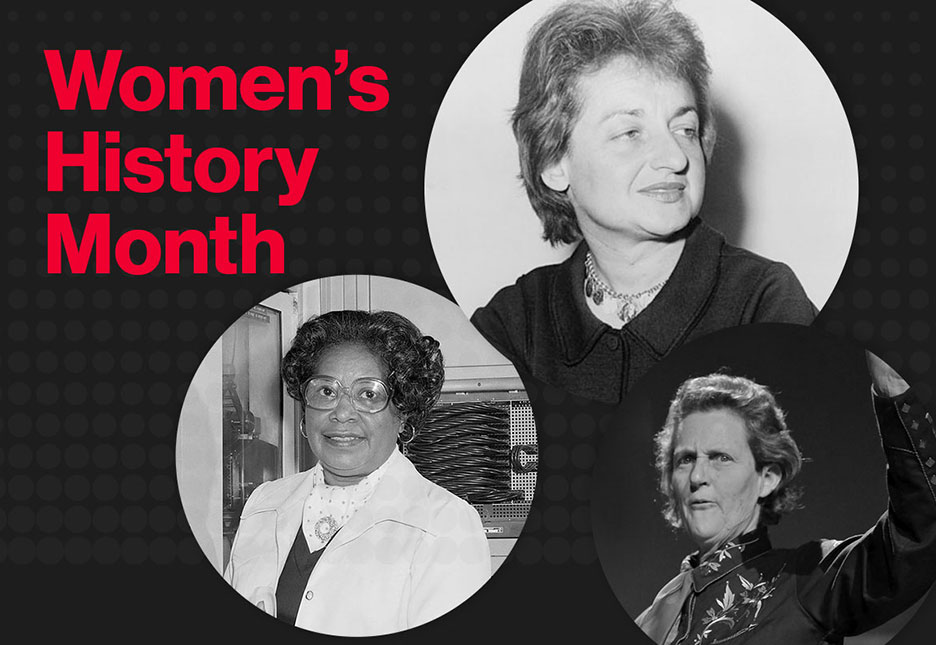 Women’s History Month had its beginnings as a national celebration in 1981 when it began as a week-long observation of the contributions of women throughout history. Years passed, and in 1987, with petitions by the National Women’s History Project, Congress designated the month of March as Women’s History Month. Baker College is celebrating Women’s History Month by shining a light on history-making women across a variety of academic fields. Follow along this month and get involved with #SheInspiresMeBC to recognize the noteworthy women in your life, in history, or in your area of expertise!

In 2020, feminist studies offer a rich and robust field of debate, due in part to the dedication of several female activists from the first, second, and third waves of the feminist movement. While first-wave feminist activists such as Susan B. Anthony and Sojourner Truth fought for and secured women’s suffrage in the 19th and 20th centuries, second-wave feminism shifted into mobilizing the women’s liberation movement for equal legal and social rights beginning in the 1960s.

The second wave of feminism owes much to Betty Friedan, who emerged as a critical figure in the fight for equal rights for women at this time. Her 1963 book titled The Feminine Mystique is considered one of the most influential feminist texts of the 20th century and has sparked massive societal change. This seminal text criticized the idea that women could find fulfillment only through their domestic duties; in the book, Friedan also encouraged women to interrogate how their personal lives were influenced by sexist power structures.

To learn more about Betty’s feats visit the following link:

Throughout the early history of mathematics, the focus was on the numerical representation of relationships and functions, and the field was male-dominated. Those who believed mathematics should focus on application to physical realities did not accept this conceptual approach to advancing and understanding mathematics. As an early proponent in this field, Emmy Noether faced a dual challenge.

Emmy Noether (1882-1935) was born in Erlangen, Germany, to a Jewish family. As a woman, Emmy Noether persistently pursued her passion for mathematics, not only earning a right to study and then teach, but also advancing the conceptual understanding of algebraic structures. This approach established connections between algebra, geometry, linear algebra, topology, and logic.

To read more about Emmy Noether’s ground-breaking contributions to the field of mathematics, visit the following resources:

In 1958 Mary Jackson became the first black female engineer at NASA Langley Research Center. She may have been the only black aeronautical engineer in the field. Mary authored and co-authored over a dozen research reports, and in 1979 took the position of Langley’s Federal Women’s Program Manager. She worked to impact the hiring and promotion of the next generation of all NASA’s female mathematicians, engineers, and scientists.

Learn more about Mary Jackson at:

Mary Barra started working for GM in 1980 as a college graduate in training. She attended the General Motors Institute, which is now known as Kettering University. She was one of the few women engineers in the organization that was dominated by men. There were many struggles that she faced working within a male-dominant environment in the 1980s, but she persevered in the industry.

Today, she is a self-made woman and CEO of General Motors, leading GM into the new decade, pushing electric powertrains and autonomous vehicles. Mary has been said to be running the company with a “killer economic sense” (Berman, 2018, para 14). She is one of the most inspirational women in the industry, and her potential is limitless.

Florence Nightingale was a trailblazing figure in nursing who greatly affected 19th and 20th-century policies around proper health care. Her writings sparked worldwide healthcare reform, and in 1860 established St. Thomas’ Hospital and the Nightingale Training School for Nurses.

Find out more about Florence’s contributions to patient care at:

Beginning in the 1940s, Ruth Ellis’ home also served as a haven for gay African Americans and people gathered from around the region to sing, dance, and play cards there. They also drew support from Ellis and counsel during tough times. Inspired by her example, friends developed Detroit’s Ruth Ellis Center in 1999, which provides social services for runaway, homeless, and at-risk lesbian/gay/bi-attractional/transgender youth.

Read more about Ruth Ellis at:

Dr. Terry Blackhawk is a nationally respected educator and founder of InsideOut Literary Arts Project, a nonprofit organization serving the needs of Detroit Public School children. As a K-12 teacher, Terry worked tirelessly to help her students shine, garnering them dozens of state, local, and national writing awards, and building supportive communities of writers in her classroom.

Dr. Temple Grandin is a professor of animal science at Colorado State University. She is a consultant to the livestock industry on animal behavior and has authored more than 60 scientific papers. As a worldwide autism spokesperson, she is one of the first individuals to document her experiences as a person with autism. She also invented the “hug box” to calm people on the autism spectrum.

To learn more about Temple Grandin, read the following:

How to get involved in #SheInspiresMeBC: