Living Life Outside of the Closet 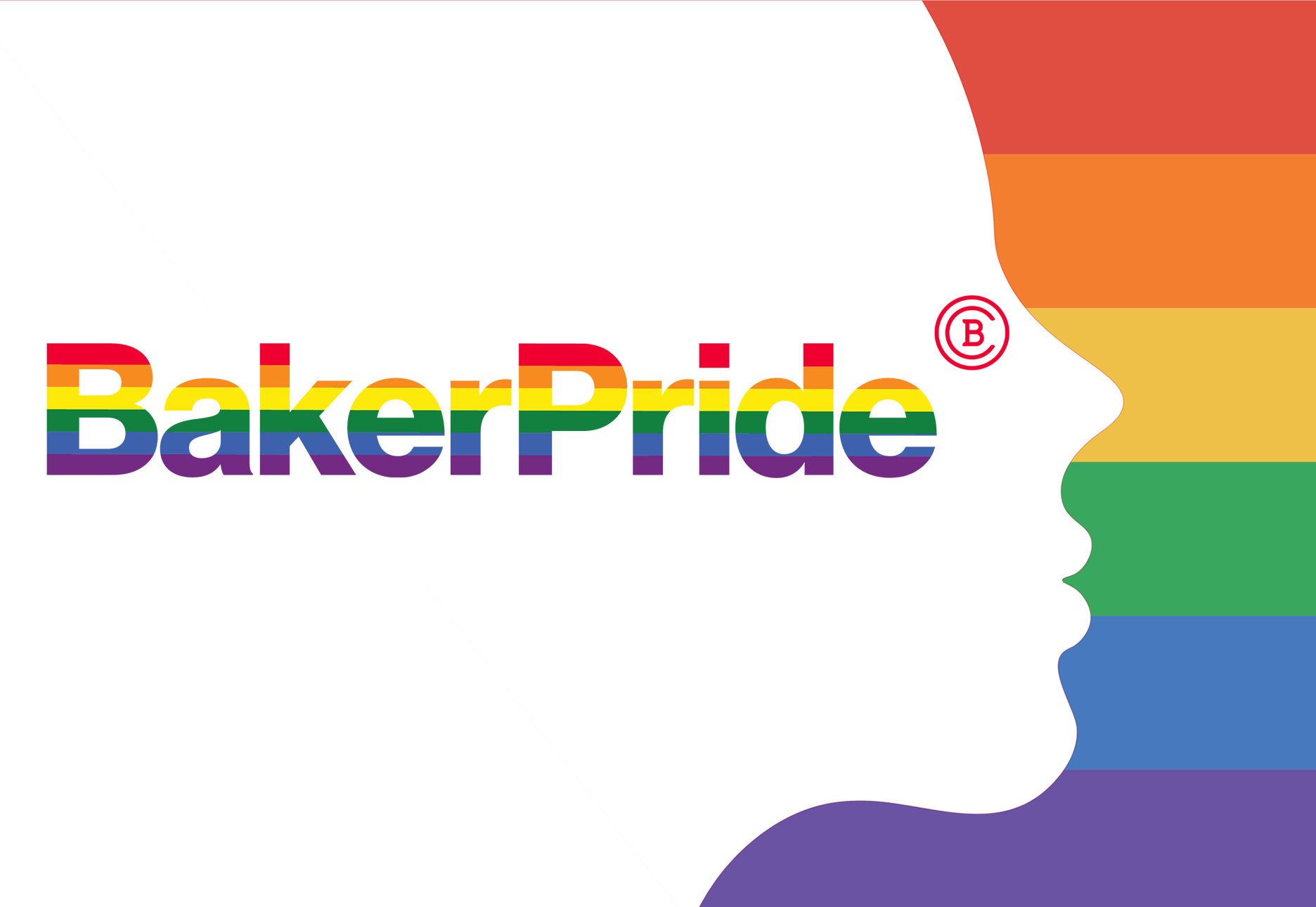 Equality. What does that mean? Equal rights are so often disregarded by a person who has never faced oppression. That is, of course, until that person becomes oppressed or has their rights revoked. When rights are stolen away, a person will most often fight for them to be returned. What about never having had them in the first place? A caucasian, cis-gendered, heterosexual male most likely has never had to grapple with such issues. To fully comprehend my feelings and emotions about the Supreme Court’s ruling to protect gay and transgender people in the workplace, I have to tell my story.

My name is Justin Raha (he/him) and I am an out and proud gay male. I used not to be. I wrote an article a little while back and while my story overall is the same, my connection with Baker College plays a bit of a larger role in my story. I was born and raised in a Catholic home, taught it was a sin to be gay, and that gays and lesbians go to hell. As a teenager, I was discovering who I was and it took a heavy toll on me. I had feelings and attractions towards guys, but was taught it was wrong. When my family had an inclination that I was gay, I went to therapy to “pray the gay away.” In therapy, I was taught to erase the thoughts and attractions. I even tried to date women. It led me into a downward spiral of depression and darkness where I felt worthless, alone, scared, angry, and hopeless.

Hard work, hard times. As a way of coping with my emotions and avoiding my family, I worked hard as a kid. My first job was at 14, my second at 15, and by the time I was 16, I had three jobs. By 18 I was working four jobs, finishing high school, and starting college. I recall my father asking me if I only wanted to be a chef because of the number of homosexuals in the industry. Today, this statement baffles me and makes me laugh because there doesn’t seem to be any more LGBTQ+ people in the culinary industry compared to the general population. After I finished culinary school at Baker College back in 2007, I started my bakery, Grand Finale Desserts and Pastries.

I was 22 and I was still in the closet until I was outed to my family and kicked out about a year later. I remember a time when I was still at home and I had received my Hepatitis A vaccine (common and encouraged if you are in the food industry). I specifically asked the health department not to send any physical paperwork to my residence, as I was still living with my parents. It was still sent. It was intercepted by my father and I was questioned more and felt like crawling into a hole. I am a firm believer that things happen for a reason. I needed to get out anyway, but it wasn’t until I was on my own and left the Catholic faith that I slowly began to accept myself. I was homeless for weeks. I couch surfed, slept in my car, and even slept on my office floor. I felt battered and bruised and unsure of what was next. Thankfully, I had some amazing people who helped me to my feet. I finally started to live my life. Slowly, I realized God actually did love me and he truly made me in his image. I began to be who I am meant to be.

Living in West Michigan, in the Midwest “Bible Belt,” I shared my sexuality with a few carefully chosen acquaintances. I started to pay more attention to the community and the very Christian forward/anti-LGBTQ+ thinking. I was still very afraid to be gay. West Michigan was not an accepting community. I was a gay business owner so I stayed closeted for years, in fear of losing business. I was trying to build a brand for myself and my business and did not want to jeopardize that. It is sad that I even have to utter those words. To add to my anxiety, I also started teaching college culinary classes. I was afraid to be out to students. Part of that fear came from the fact that in many parts of Michigan and across the country, myself or any LGBTQ+ person could be fired for their sexuality. We could be fired for being gay. Let that sink in. Additionally, gay men in particular were often looked at or perceived as sexual predators. Simply, the fear of something arising from those issues consistently kept me on edge. However, the college and the people I work with are quite amazing and extremely open and accepting of all people. It significantly helped me, but it still took me years to grow thicker skin and be less afraid. Gradually, I publicly came out of the closet. I could no longer hide in fear.

This is why my time with Baker College has been so impactful. Not once have I felt my employment to be threatened for my sexuality. While I may have been closeted to my students, for personal comfort, the staff always supported me and never questioned who I was as a person, all while I was still trying to figure this out myself. I knew that having a workplace that provides a safe space for their employees is of the utmost importance. Additionally, that safe space is even more necessary for an institution working with students. Eventually, I was able to gain the strength to be proud of who I am, regardless if it was when I was with a student or with my colleagues who knew. The doors opened for me and the amount of humility this brought still brings tears to my eyes. As a college student, you are engaging in the growth opportunities that are some of the most impactful of your life. So many are actually discovering who they are as a person and becoming who they are meant to be. I was in that same head space as those students are now, back when I was in college. I have the instructors I had at the time to thank for that. These people are now my colleagues and I will always and forever be grateful for the safe space they provided to me.

The amazing positive aspect to all of this is the comfort and endless support I have received from the school and the impact I have been able to make with students. I start each new section I teach with my name, my pronouns, that I am an out gay male, and that hate has no home here. We are all equal. The number of students I have been able to connect with on some level to maybe give them the boost they needed or the comfort level to take the next leap has been overwhelming. No person or student deserves to be put into an unsafe situation. I always want to strive and advocate for the best outcome for each of our students.

In addition to my amazing colleagues, I am forever grateful for the LGBTQ+ people who have paved the way for better rights for LGBTQ+ individuals, specifically those in the Black Queer and Transgender community. It was a black, trans woman, Marsha P. Johnson, who is touted to have thrown the first brick, 52 years ago in New York. She was one of the people that started the riots at Stonewall and thus began the fight for our freedoms and rights. I am elated and relieved the Supreme Court ruled that the Civil Rights Act includes protections for gay and transgender workers from job discrimination. I, and others in the LGBTQ+ community, no longer have to live in fear of losing our jobs for being who we are.

While I am ecstatic, I am sad it has taken 52 years to get here. It was only seven years ago when we were finally allowed to be legally married. Society is seeing that no person should be oppressed or treated unequally. We have come a long way, but have so much further to go. Since I have gained the strength to be who I am and be a proud, out gay business owner, the support from the community I live in today has been overwhelming. It truly has been growing to be a more understanding and accepting community.

I wanted to tell my story to help convey the pain, suffering, oppression, and fear that is the foundation of my emotional reaction to the Supreme Court’s recent ruling. The reaction that so many of us LGBTQ people are feeling. Still, being a white gay male, the oppression I have faced does not compare to the oppression faced by the black community, even more so, the Black Trans and Queer community who are the very community we have to thank for legal protections to be Gay, Lesbian, Bisexual, Transgender, or Queer in the workplace and not be discriminated against without legal consequences.

Justin Raha is a lifelong resident of Spring Lake. He owns a bakery in downtown Grand Haven, Grand Finale Desserts and Pastries, as well as Grand Finale Bakeshop and Café in Spring Lake. He received his Associates of Pastry and Associates of Culinary Arts from Baker College as well as his Bachelor’s in Food and Beverage Management from the Culinary Institute of Michigan. Additionally, with the assistance of the CIM, Justin received his Certified Executive Pastry Chef Certification, through the American Culinary Federation in 2018. He has been teaching for the College for 11+ years.