Pregnancy Loss and the Aftermath

By: Melissa Mitchell, BC School of Nursing Instructor 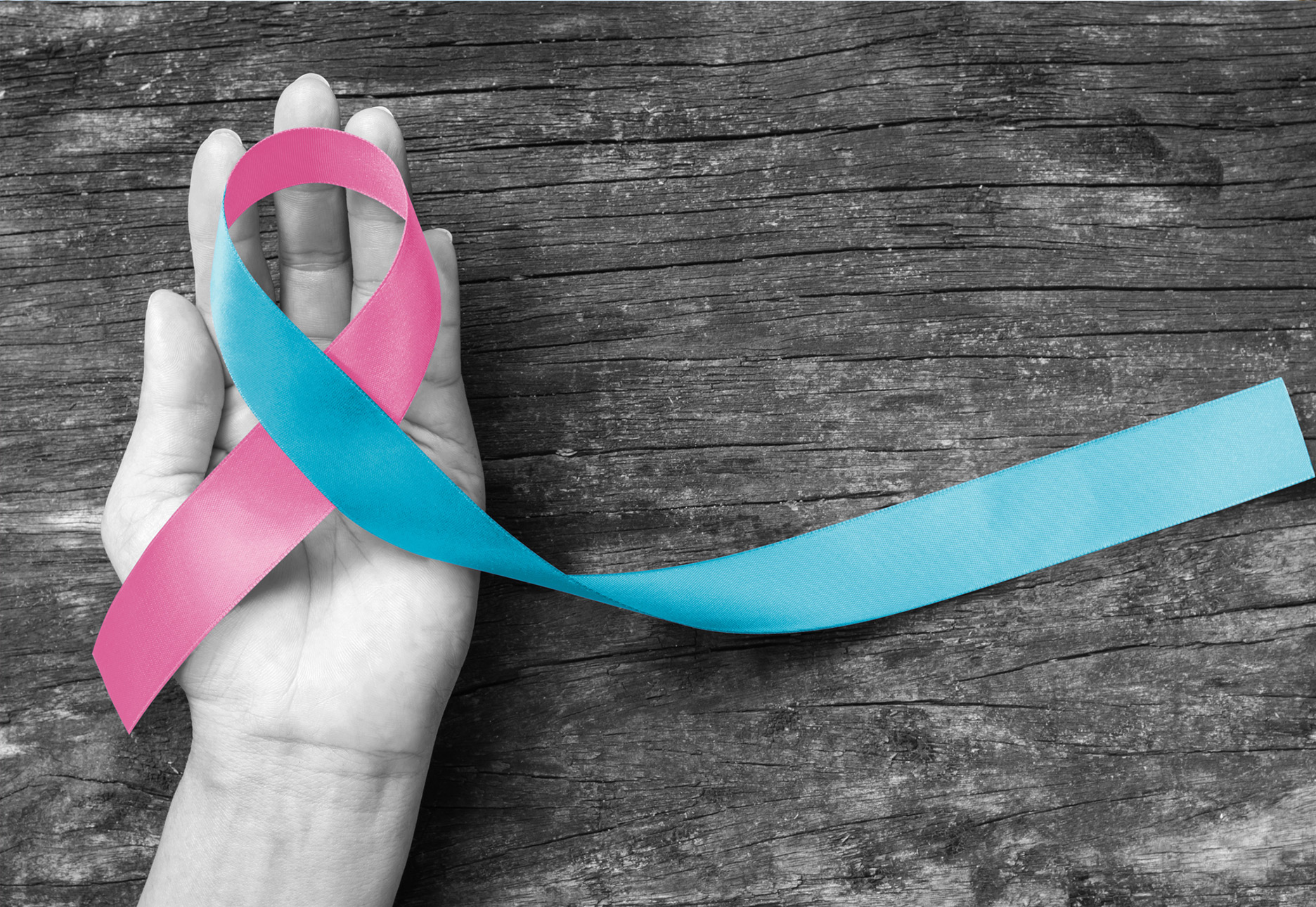 One of the most painful moments in my life started with the sentence “I’m sorry but we don’t see a heartbeat.” I was 26 years old and was pregnant for the first time after being told for years that I probably would never get pregnant. The loss of my first child was one of the hardest and most painful experiences I ever had to go through. Physically the pain wasn’t that bad. It felt like really bad menstrual cramps that lasted for about a day, the bleeding ended in about a week, and the physical effects of the miscarriage were gone within a few weeks. However, the emotional and mental pain that I experienced was bad and lasted for months.

My physicians had told me what to expect physically and what complications to watch out for but no one ever told me what to expect and what to be concerned about mentally and emotionally after a miscarriage. I cried almost constantly for days; asking myself why did this happen and what did I do wrong. As time went on I became depressed, I avoided everything that had to do with pregnancy, babies, and children. I avoided television shows, movies, and books. I spent less time with my young nieces and nephews, and I even missed baby showers for family and friends, all because I could not figure out how to deal with the pain and heartbreak I was going through.

For the first few weeks after my miscarriage when I told people what happened they would say things like “I’m so sorry for your loss” and ask, “Are you okay?” Other people would say things like “At least you’re still young” or “You can always try again.” I can tell you the latter two of these statements actually hurt when I heard them, because I didn’t want to think about trying again. I wanted the baby I had lost. But no matter what statement people made no one really asked how I was doing and if I needed to talk about it. In truth, it seemed like most people were actually uncomfortable with the topic or really didn’t know what to say to me and because of that I started to shut down. On the outside I looked fine. I went about my daily routines as if everything was good and nothing was wrong, but inside I was a mental and emotional mess and I was screaming for someone to help me.

I was better off than some people because I did have my husband by my side. On the days that he could see I was having a hard time, he would try and comfort me the best he could by asking what he could do to help, or he would let me cry on his shoulder for hours on end, or he would just sit there and hold me when I was exhausted and didn’t have the motivation to do anything. He could see I was hurting and suffering inside but he had no idea what to do or say to help me. At one point in time he even told me, “I feel the loss of our child, but can not even begin to imagine the things you are going through.” I think this was the first thing anyone had said to me in months that actually helped, because he acknowledged that the miscarriage was painful and that what I was going through wasn’t wrong, but was completely normal and that I had to grieve the loss of my child that I would never meet.

It was about three months after my miscarriage when my doctor finally said that it was safe for me to start fertility treatments and try to get pregnant again. It was then that I realized I needed to get better mentally and emotionally. So as I started my first round of fertility treatments, I also started using coping skills I had learned in the past such as therapeutic writing, music therapy, meditation, and exercise. Therapeutic writing allowed me to take everything I bottled up inside, put it down on a piece of paper, and let what I was holding in go. Meditation and music therapy allowed me to center myself and focus on being okay with what had happened. Finally, exercise allowed my body to release endorphins, chemicals inside our bodies that allow for natural reduction in pain and help to increase positive feelings. By using a combination of these skills I was able to reduce my depression and stabilize my emotions. I also started to openly talk with my husband about what was going on and how I was feeling about everything. When I finally found out I was pregnant with my second child, around about the time of my due date for my first; I was in a much better place mentally and emotionally. Over the course of several months I dealt with the pain, the heartbreak, and the self-blame; and eventually accepted that the miscarriage wasn’t my fault and that it happened because my body knew that something was really wrong and that my child probably would not have survived.

After my first miscarriage I went on to have two healthy baby girls but then suffered a second miscarriage. My second miscarriage was not as devastating as the first because I knew what to expect. I remembered how to cope with the loss, reminded myself that it was not my fault, and openly talked with my husband about my feelings and how I was doing. I still had rough days but there were not as many and they were not as bad. I was able to get pregnant one last time after that miscarriage, again around the time I was due to have the baby I lost, and had another healthy baby girl. Still to this day, I have times where I think about my miscarriages and cry. On the occasional bad days that I have, I still have to remind myself that the miscarriages were not my fault. Almost on a daily basis I think about the two babies that I lost and wonder what they might have been like. The mental and emotional stress that I went through is gone, the pain and heartache have lessened, but the memories of what I went through are still there and are still very strong.

October is a unique month in that we celebrate two days that are significant to pregnancy and infant loss. The first day is October 15 which is Pregnancy and Infant Loss Remembrance Day. On average around 10 to 15 percent of pregnancies will end in miscarriage before the 20th week of gestation and about 1 percent of pregnancies after 20 weeks of gestation will end in stillbirth (March of Dimes, 2017, March of Dimes, 2020). This day allows those that have lost a pregnancy or infant to remember them and to grieve. It is a day that allows women and families to find support amongst each other because if you have never experienced this type of loss it is hard to understand what that person is going through. Maybe even more importantly, the day sheds light on a topic that for decades has been shrouded in social and cultural taboos and is highly stigmatized. It is a day that allows people to openly share their experiences on a topic that to this day is considered a private matter and should not be openly discussed. In a study by Bilardi et al. (2021), 59% of woman who experienced a pregnancy loss were never offered or provided information on support organizations or given access to counselling services at the time of their miscarriage. The study also reported that 57% of women were never offered any form of emotional support beyond a simple statement of “how are you doing?” (Bilardi et al., 2021). These are staggering statistics for this day in age knowing how far society and our health care system has come in the past 60 years.

The second day that is important in October comes just a few days before on October 10 –  World Mental Health Day. The purpose of World Mental Health Day is to bring awareness to mental health issues, to remove the shame associated with mental health, and to mobilize support efforts for mental health programs and for people who are suffering from a mental illness (World Health Organization, 2021). Most women who experience a miscarriage suffer from some form of mental and emotional distress afterwards and if left untreated, can manifest into a mental health issue, such as anxiety, depression, or even PTSD. So, having these two awareness days so close together in October is a great way to bring two highly stigmatized topics to the forefront so that those who need support can get it.

Pregnancy loss is not just a physical event a woman’s body goes through. It is an all-encompassing experience that has physical, mental, and emotional implications. If you or someone you know has suffered a miscarriage or experienced a pregnancy loss don’t be afraid to speak up and reach out for help. No woman who is going through such a heartbreaking experience should have to suffer mental and emotional stress in silence.

There are people and organizations out there that can help.

Please see the websites and informational links below on support for miscarriage and pregnancy loss.

From Hurt to Healing Booklet

Melissa Mitchell is a full time faculty member for Baker College School of Nursing on the Metro campus. In her free time she enjoys reading, camping and traveling, and spending time with her family. 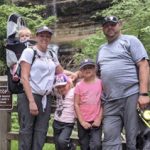