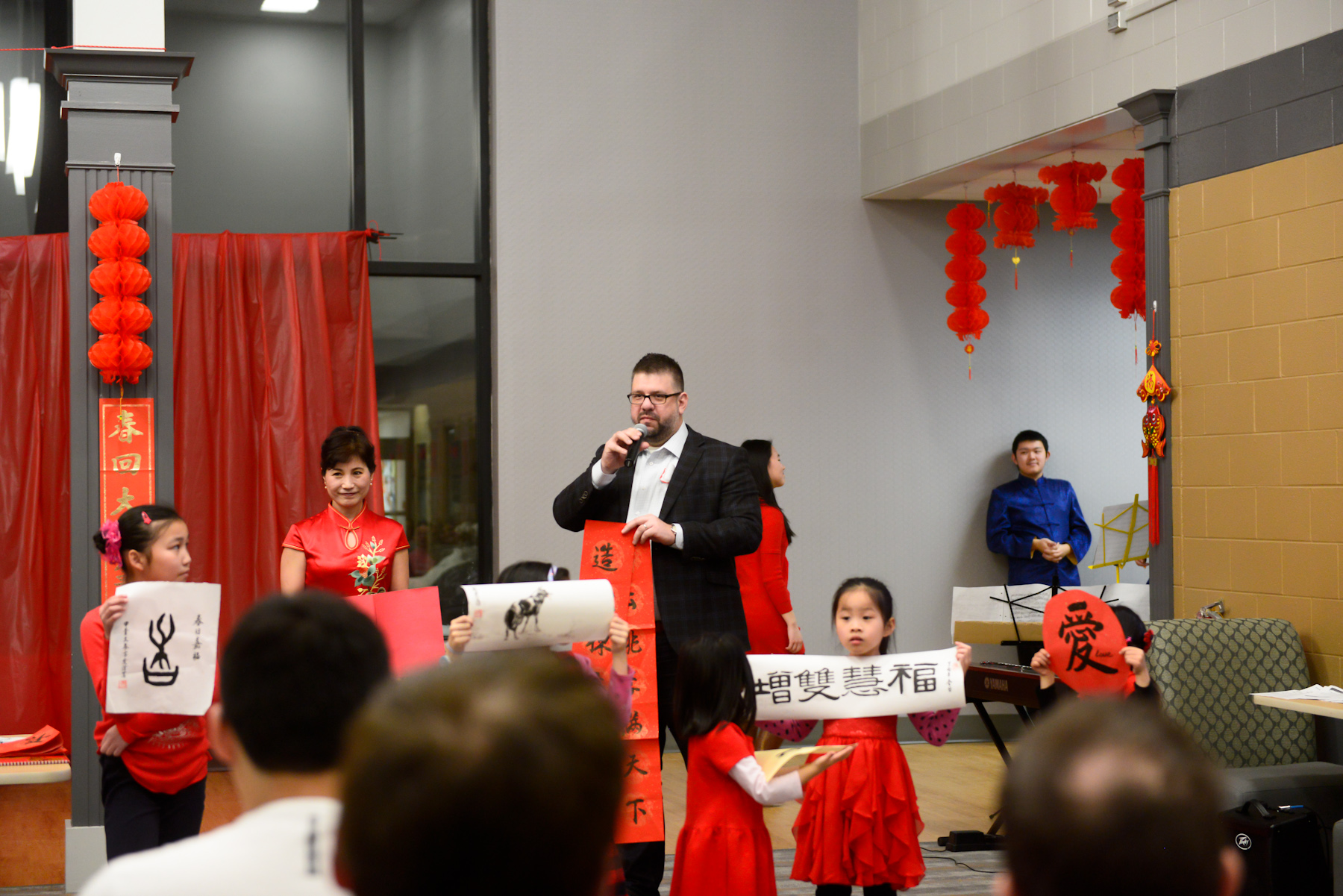 On the evening of Saturday, February 10th, 2018, the Student Center at Baker College of Flint hosted a gathering of nearly 100 people for a 2018 Chinese New Year Celebration Party. The event, organized by the Chinese Association of Greater Flint (CAGF) and co-sponsored by Baker College’s Diversity and Inclusion Council and Dort Federal Credit Union, welcomed the New Year through a celebration of Chinese culture which included musical and dance performances, traditional Chinese food, Chinese calligraphy activities and a fashion show.

One of the many highlights of the event was the writing of two couplets (a form of Chinese poetry consisting of two complementary lines) by a Chinese calligrapher in front of the audience. The couplets, written on traditional red paper, were both written for Baker College as a token of appreciation for providing the event space. Dr. Steve Simpson, President of the Jackson campus and Gerald McCarty II, Vice President for Student Affairs for the Flint campus were on hand to accept the couplets on behalf of the College.

Dr. Na “Lina” Li, Ph.D., Associate Professor and Dean of the Master of Business Administration & Master of Science in Information Systems programs for the Baker College Center for Graduate Studies helped to organize the event for Baker College. Dr. Li stated, “We enjoyed lots of authentic Chinese food and a great performance show…it was a great event!”

More pictures of the event are available on the Chinese Association of Greater Flint’s Facebook page at https://www.facebook.com/CAGFlint/photos/.