Becoming an Ethical Hacker: What You Need to Know 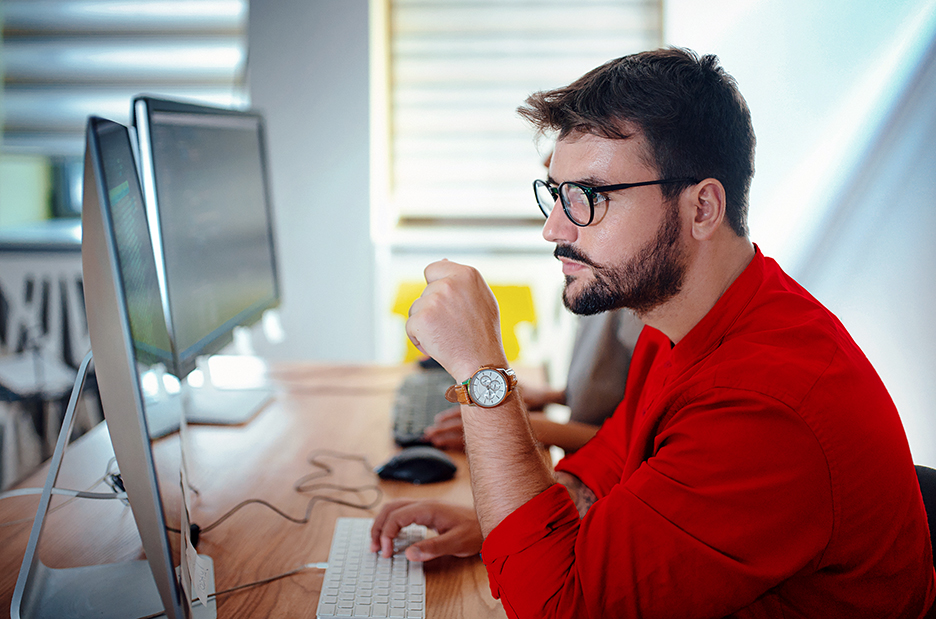 Cybersecurity threats continue to multiply on a daily basis with the evolution of technology—and ethical hackers play a key role in helping fight cybercriminals.

In fact, the issue of hacking is so widespread that the U.S. government has sought to recruit ethical hackers who can help with counter hacking efforts, most recently with their Hack the Army 3.0 event. In 2020, the Pentagon awarded $290,000 for 400+ vulnerabilities found by ethical hackers as a part of the Hack the Air Force 4.0 program.

What is an Ethical Hacker?

An ethical hacker or white-hat hacker is a counterforce for good (a hired vigilante of sorts) who works within ethical guidelines, and with permission to hack a given organization’s information technology infrastructure, to prevent hacking and cyberattacks.

Their job is to analyze and identify vulnerabilities and bypass security measures as a part of an investigation into areas of a system that could be exploited by hackers for malevolent purposes or criminal activity.

Your typical, run-of-the-mill hacker is a cyber criminal who uses their skills to harm organizations or steal information. In the case of ethical hacking, the hacker is countering these efforts to prevent cyberattacks by testing a system’s security, making the organization aware of security gaps and helping patch known issues that arise.

How Does Ethical Hacking Work?

The process of ethical hacking consists of a few steps:

Ethical hacking starts with permission and an investigation and ends with reporting. Oftentimes, the hacker will be required to find a stolen file and destroy it without detection (in a mission impossible-style manner) so that information stays contained within the organization.

Why Information Technology Needs Them

Cybersecurity is a top concern for companies in 2021. That’s because new technologies also welcome new vulnerabilities that hackers can take advantage of to carry out their criminal plans.

Many organizations are forced to constantly reevaluate security standards or risk losing their most valuable information or even their livelihoods to cyberattacks, as victims of Ransomware attacks and the like do not often recover and are forced to close their doors in a matter of months following a security breach.

According to Inc. Magazine, as many as 60 percent of small- and medium-sized businesses that are hacked go out of business within six months. That is why ethical hackers are needed for industries that use technology for operations, financials, private record storage, etc.

How to Become an Ethical Hacker

What are the first steps to becoming an ethical hacker? Start with your degree in information assurance and cybersecurity to learn the ropes. You’ll need a good foundation to get started with ethical hacking, as it requires you to use your knowledge to pry your way into files, data and systems that are meant to be private.

Coursework alone isn’t the only way to be on your way to becoming a cybersecurity hacker. Many colleges participate in Collegiate Cyber Defence Competitions. And Baker College has done more than just participate too, with 9 state championships, 2 regional wins and 2 national championships.

In these events, teams of eight students provide protection and support for a mock company network. Teams get scored based on juggling company requests and active attacks to the network.

There are many types of ethical hacking certifications that can help you secure a job depending on your area of focus.

After you’ve completed your information systems degree, the next step is to begin working in information security before seeking out an ethical hacking certification. You can take the Certified Ethical Hacker (CEH) Certification through various certifying bodies.

In order to take the test, you’ll need to satisfy all requirements of the certifying body, such as completing the designated training and having at least two years of experience working in information security (InfoSec) under your belt.

To become an ethical hacker, you will need a diverse set of technical skills in networking, databases, programming and operating systems (Linux and Windows). These skills can be gained through an information systems program, on the job or through everyday practice.

In addition to these skills, you will be required to know a number of programming languages: HTML, Javascript, SQL, Python and C++. Since most operating systems are based on the Linux kernel, it’s important to have an intimate knowledge of UNIX/Linux in order to succeed as an ethical hacker.

There is such a thing as a certified ethical hacker, and the role of broader information security analysts is expected to grow at a rate of 30 percent in the next ten years.

The best way to learn how to hack it is from a certified ethical hacking professional. This is especially true as there are many nuances to past and present hacking tactics, so it’s good to know what you’re up against and put the role of hacking and how it affects a business’ bottom line into context.

You can start by getting your degree in information systems with a concentration in either information assurance and cybersecurity. While you’re studying to become an ethical hacker, you can also test your skills throughout your studies by taking on a professional hacker at a cybersecurity defense competition. In the meantime, you can also find your own hacking events through HackerOne, for the chance to be rewarded for your efforts.

There are plenty of opportunities to learn from a certified ethical hacker, and it’s possible you’ll have the opportunity to participate in hacking events and even entire classes on ethical hacking when you’ve found the right program to suit your career aspirations.

The best cybersecurity programs are found at colleges with the designation of National Center of Academic Excellence in Cyber Defense Education (CAE-CDE) from the National Security Agency and the Department of Homeland Security.