Filter by
Filter By:
Cancel Apply
Culinary Institute of Michigan

The Many Benefits of Student Competitions 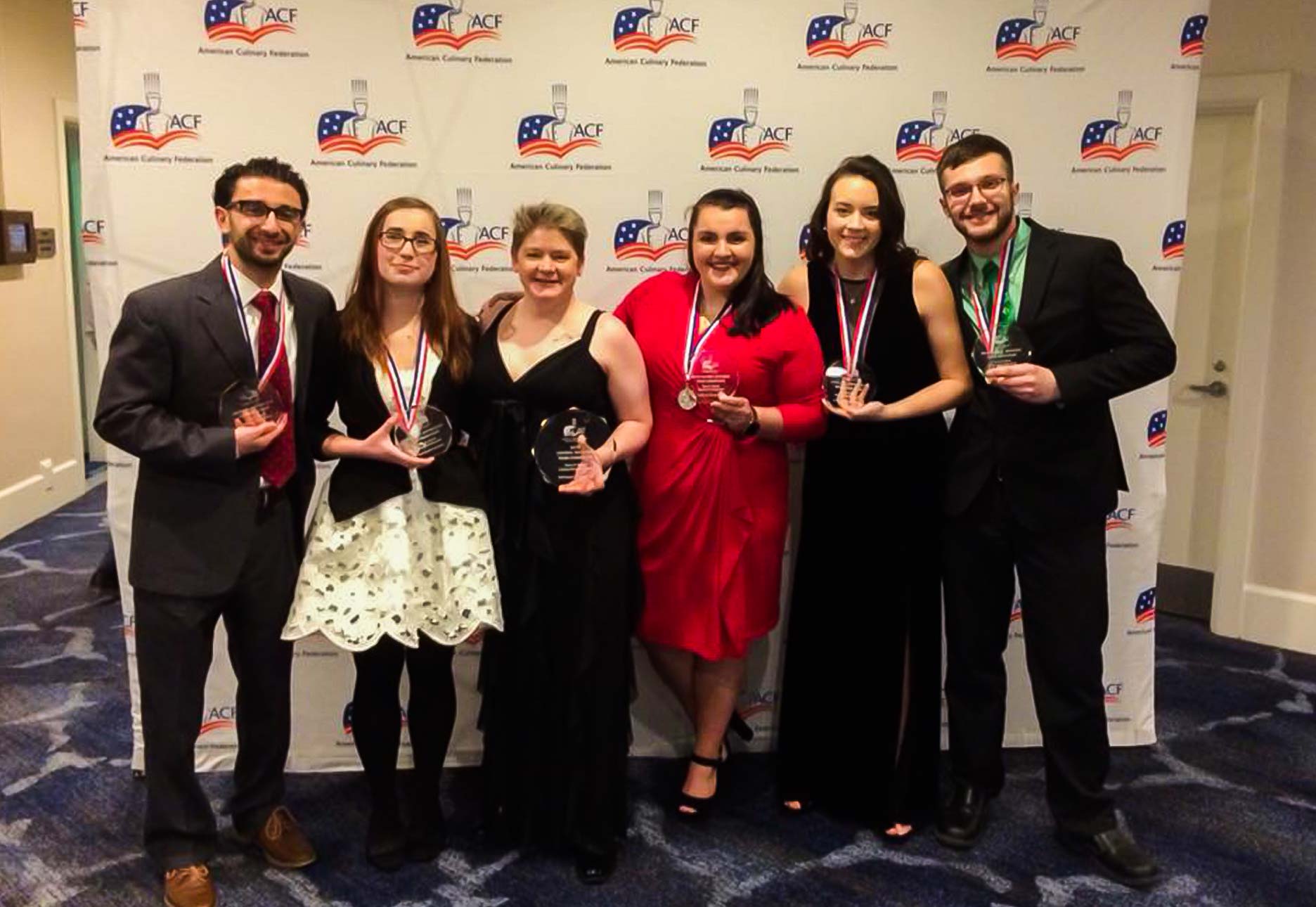 The picture above is from the 2018 ACF Regional Conference in Newport Beach, CA. My team had just won the Baron H. Galand Knowledge Bowl regional championship. I am the one in the center in the black dress.

This looks like a completely normal picture to you. However, I am not a person who wears dresses and anyone who knows me would know that something is going on behind the scenes in this picture. You see, I gave my team an incentive to win their competition. The deal was I would wear a dress to the awards gala if they won. And they did just that and won. Zoom in on my shoes and you can tell I was not prepared for this.

An argument can be made here from the students’ perspective as to this moment being one of the benefits of competing, seeing their coach in a dress. From an instructor/coach/mentor position, this is one of the benefits I get from participating in competitions. I get to be part of the process, be part of their hard work, and be there to share in their joy when they achieve their goals.

The benefits of competitions for students in culinary schools are numerous. Competing gives students an opportunity to hone their skills. It helps them build physicality by practicing tasks over and over which helps build muscle memory for the chef knife or the whisk to become an extension of their arm. Students are motivated to improve their skills by having an end goal to achieve. Spending countless hours practicing on their feet on top of the time they are already spending in culinary lab class helps prepare for the physical demand of this industry.

Competing helps the students’ mental toughness as well by building their resilience for the stress and anxiety that comes hand-in-hand with this industry. Let’s face it: the culinary field is not for the “faint of heart.” It takes a certain level of persistence and grit to survive. Building their mental toughness will help students endure the rigors of culinary school, competing, working in this industry, and life in general.

Participating in competitions also helps students emotionally by bolstering their self-esteem and confidence in their abilities. Competition shows them what they are capable of, how strong they are, and what they can endure. One of the most important benefits of competing is putting yourself out there to be vulnerable and judged. It helps the competitor see things from someone else’s point-of-view, even if it is not something they want to hear. Even if the results are not in the students’ favor, the benefit is that it helps build strong character in spite of failure. Failure is another big benefit to competing. That is right, I said benefit. Failure is where the biggest lessons are learned. I cherish all the times I failed in competitions because I grew from those failures. They were harsh lessons to learn but important lessons.

I reached out to one of the most competitive students I have had the honor of mentoring to share her feedback on how competing benefitted her while attending culinary school:

“Competing as a student benefited me in many ways. I don’t think my education would have been as well-rounded if I had not competed. A lot of people don’t realize that one of the biggest parts of competing is preparation. Learning the process of preparing to compete is a feat in itself. There are copious amounts of practice and preparation before your final run in front of the judges. Through the trial runs there are multiple changes made to your dish in order to make it the best. This preparation has helped me in the long run because a lot of my current job is based on recipe research and development… 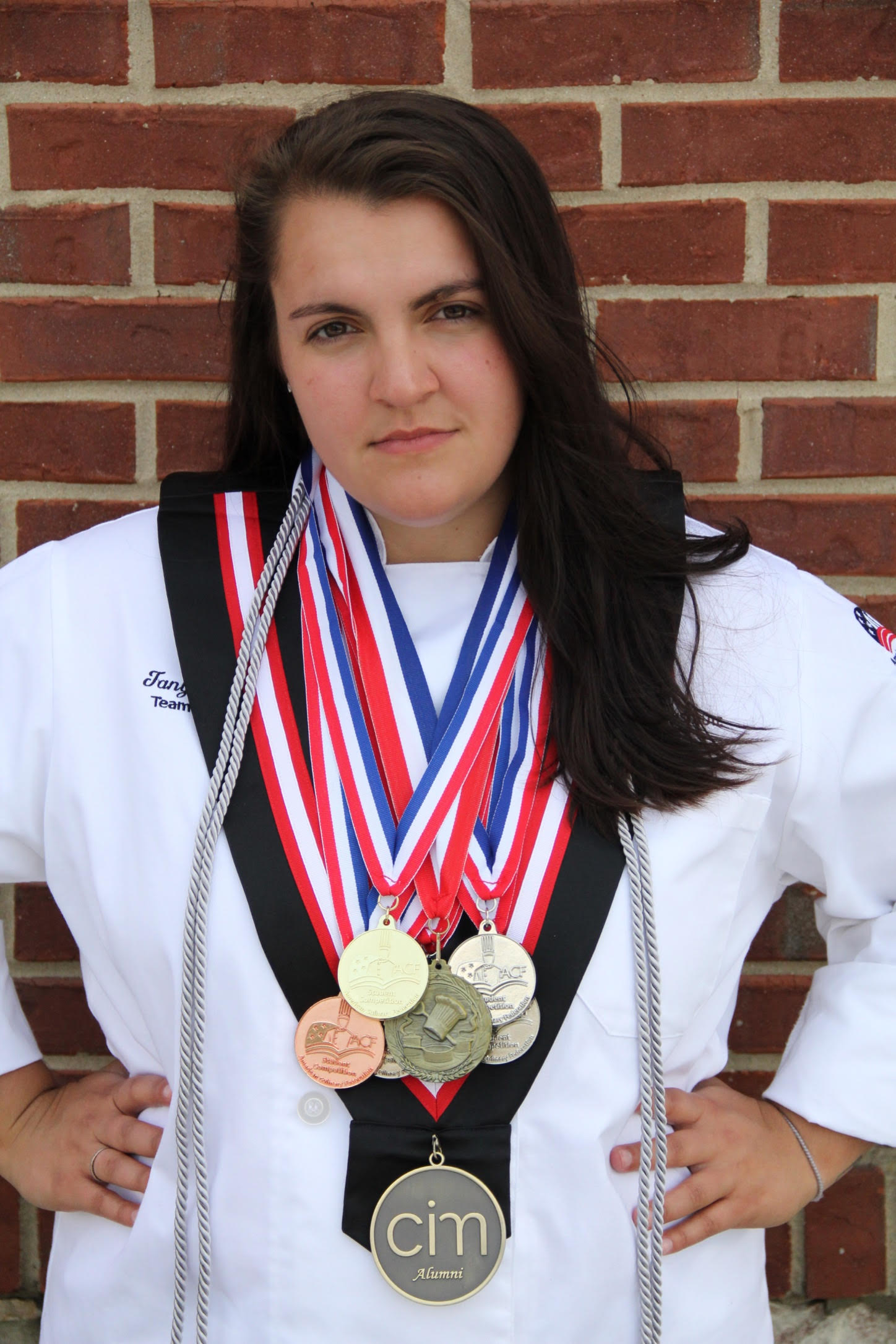 Competing also gave me a sense of pride. I was filled with pride knowing I was going into that kitchen representing my school to the best of my abilities. This feeling then translated into everything I did at the Culinary Institute of Michigan (CIM). I wanted to volunteer more, be involved more with the first years, and overall, just compete more as well. Through my time at the CIM, I competed in 15 individual competitions as well as three team competitions. Overall, I wouldn’t have traded the experience for anything in the world. I learned more than I could have imaged and made lifelong friends along the way.”   -Tanya Duzey, CPC

For students, it’s a scary place outside of their comfort zone. They have a safety net with the right mentor. Encourage your students to compete because of the amazing benefits and lessons they learn. Not only will they build their arsenal of skills and abilities for their culinarian toolbox, but they will also outshine their peers and learn things about themselves they never knew they had in them.

Throwing a little incentive their way doesn’t hurt either. After the “dress incident” of 2018, I upped the ante in 2019 and I still owe them a tattoo. They went on to win Nationals that year.

Amanda N. Miller, CC, CPC, is a culinary arts/baking & pastry arts Instructor at the Culinary Institute of Michigan – Muskegon, which is a Division of Baker College. She is also the winner of the 2020 Postsecondary of the Year award sponsored by CAFÉ and the Sysco Corporation. 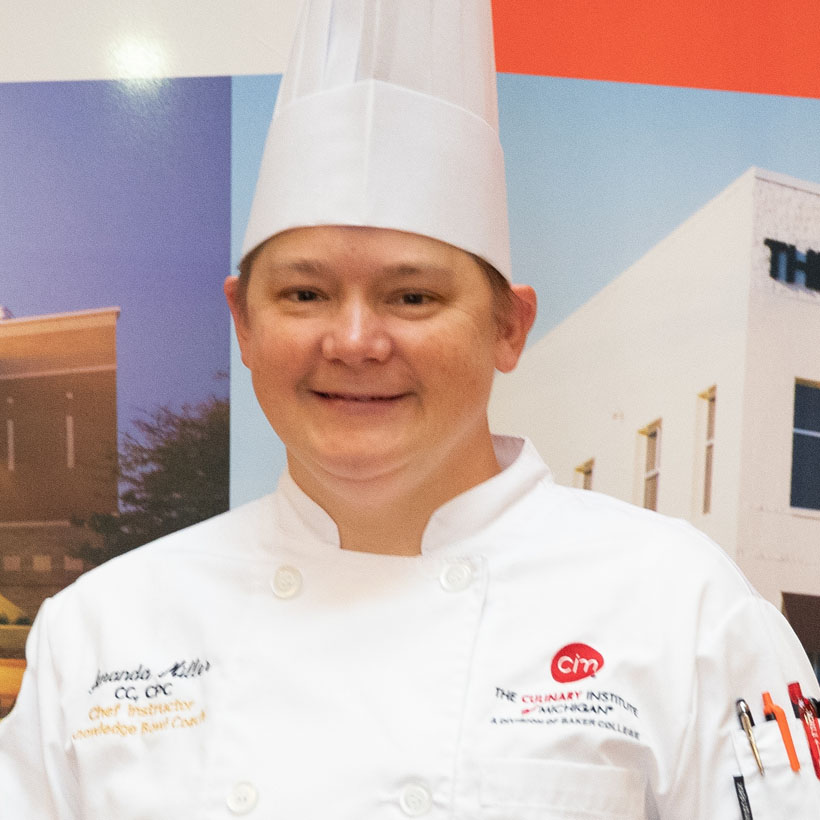