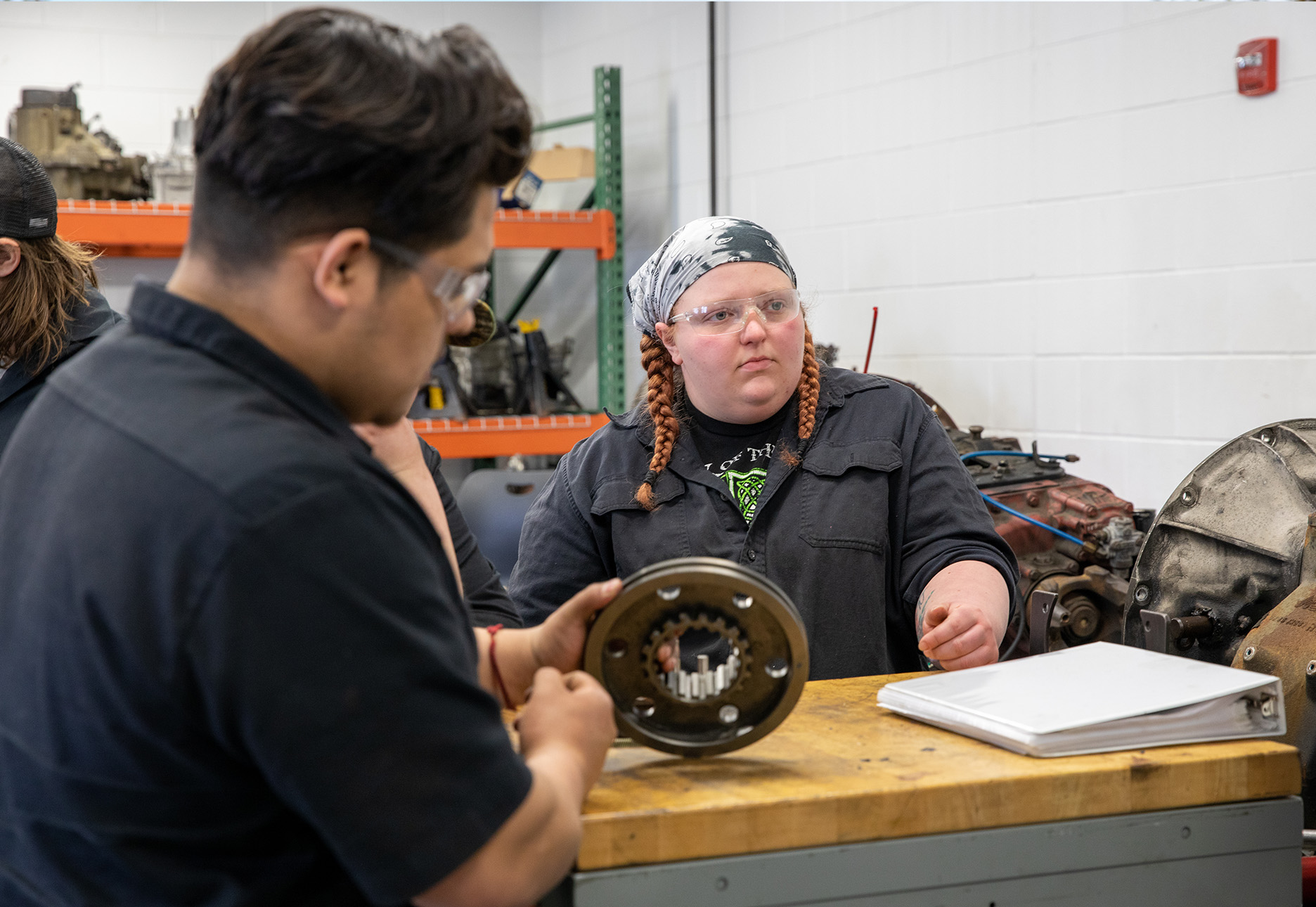 The diesel service technology industry boasts 96% males in their workforce (zippia.com). Like many technical fields, women are overwhelmingly underrepresented. This is a trend that is typical also of our own student body at Baker College’s Auto Diesel Institute (ADI). But in this last academic year, for the first time in ADI history 20% of the cohort were women. I can’t help but love a good underdog story and so when I first heard this, I knew that sometime before they graduated, I wanted to speak with as many of these women as I could.

The ADI cohorts have a crammed schedule each week, including a one hour lunch break during their long days of class and lab, so I was grateful three of the ladies came to spend a rainy, spring lunch hour with me. I first met Claire Musson, Monica Ponce, and Tori Wiltfong in February, when they all participated in our Black History Month events and so getting to spend a bit more time with them was a pleasure. As we sat down to lunch, my goal was to better understand these students’ career choice and goal of becoming diesel service technicians (DST). According to the U.S. Bureau of Labor Statistics, “Diesel service technicians and mechanics inspect, repair, and overhaul buses, trucks, or any vehicle with a diesel engine.” Claire recognized how unique her choice is and that “some girls wouldn’t even try [DSL tech] because they have a more traditional sense of roles, probably because of their home environments.” Her parents both worked in a factory, so she understands the toil of physical careers. While her parents have supported her decision to go into a male-dominated field, not all her family supported or even understood this decision. A family member even told her, “Well, I wouldn’t let my wife do it [as a career].”

All of the women noted that most people’s reactions are of surprise when they find out their program choice and chosen career. They recognize it is unexpected, but they all felt drawn to the program because of the hands-on nature of the work. Claire, for example, currently works at a farm where her work runs the gamut from repairing tractors to helping deliver new animals and she relishes the variety. She loves it so much that she’ll continue after graduation. Tori has visions of a more mainstream path – to work in a shop until she can own one of her own, which she hopes she can use to encourage other women to get into the field. She was pleasantly surprised at how accepting the male students were in her classes. Her negative experiences have mostly been with other female college students (outside of ADI) who don’t understand her choice in the program and also from potential employers. Well, perhaps negative is too strong a descriptor. Tori feels that most employers “aren’t too thrilled” with the idea of having a woman on staff; that it might disrupt the environment and the other techs. She expressed feeling like she has to prove her competence more than her male counterparts to get the same jobs, because of employers’ fear of the unknown or a change a woman could cause in the dynamic of the shop. Claire is confident that she can prove her worth though and said, “you’re going to prove that you can do just as much, if not more than some of the guys.”

The concerns the women expressed that felt the most challenging to overcome are ones of their physical differences from men. Monica specifically talked about how she is physically not as strong or tall as a job sometimes requires and she knows she will have to rely on adaptive tools to complete tasks. But this is nothing new for her. Prior to coming to Baker, she was in the military and hopes to go back to perform aircraft maintenance with the skills she has attained in the DSL program. She says that she likes to “prove doubters wrong” and is confident she will continue to do that, while providing a strong example for her daughters. Many of her doubters were other students in her classes, who excluded her from groups, at least until they needed her “small hands” to fit into tight spots that theirs would not fit into. Monica enjoyed those moments.

The women were able to turn to each other during the year for support, as well as a Facebook page geared (pun absolutely intended) toward female mechanics called “Female Mechanics Society.” The purpose of the group is to help people find each other. “This group is for female mechanics, or females interested in getting into the trade. Our goal is to connect woman [sic] in the industry, discuss work, share tips and have a little fun at the same time!” (facebook.com) Tori told me this private group has over 5000 members and they share job posts, negative experiences and how they overcame them, and general positivity about women in the trade. In addition to their families, each of the students discussed the support they received from their faculty, who they each feel treated them just like the guys, which they appreciate.

When asked if they had advice for girls considering declaring DSL as a program, Monica said, “Go and prove them wrong.” Tori agreed and added, “It’s not just about not letting the men discourage you…you’ve got to have faith in yourself!” She continued, “I think it doesn’t really matter what your background is and what you know. If you think you want to do something, if you think you CAN do something, just do it.” Claire reaffirmed this, “Make yourself happy. Don’t let [anyone] discourage you. But also, don’t be impulsive. Do your research…and make sure it’s going to be something you enjoy.”

I was very motivated and inspired by my time with these women and am grateful for their openness and generosity of spirit. And like them, I hope that any girls out there who have considered entering a field in which they are under-represented (or guys in women-dominated fields) feel encouraged to do so. An important final note: by the time of publication, each of these three women earned a job offer in the diesel field; one accepted the position, one decided to continue her education, and the third is undecided and pursuing her options.

The Auto/Diesel Institute of Michigan offers certificate and associate degree programs in Diesel Service Technology and Automotive Services Technology as well a certificate program in Welding. Learn more about ADI’s programming at baker.edu/adi.

Dr. Voula Erfourth is the campus director of the Owosso campus of Baker College, where she has served for 18 years. She feels lucky to have the opportunity to work somewhere where lives are changed every day and remains inspired by students who overcome obstacles to continue their education and make a difference for their families and in their communities. 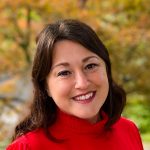