Examples of Workplace Microaggressions and How to Reduce Them 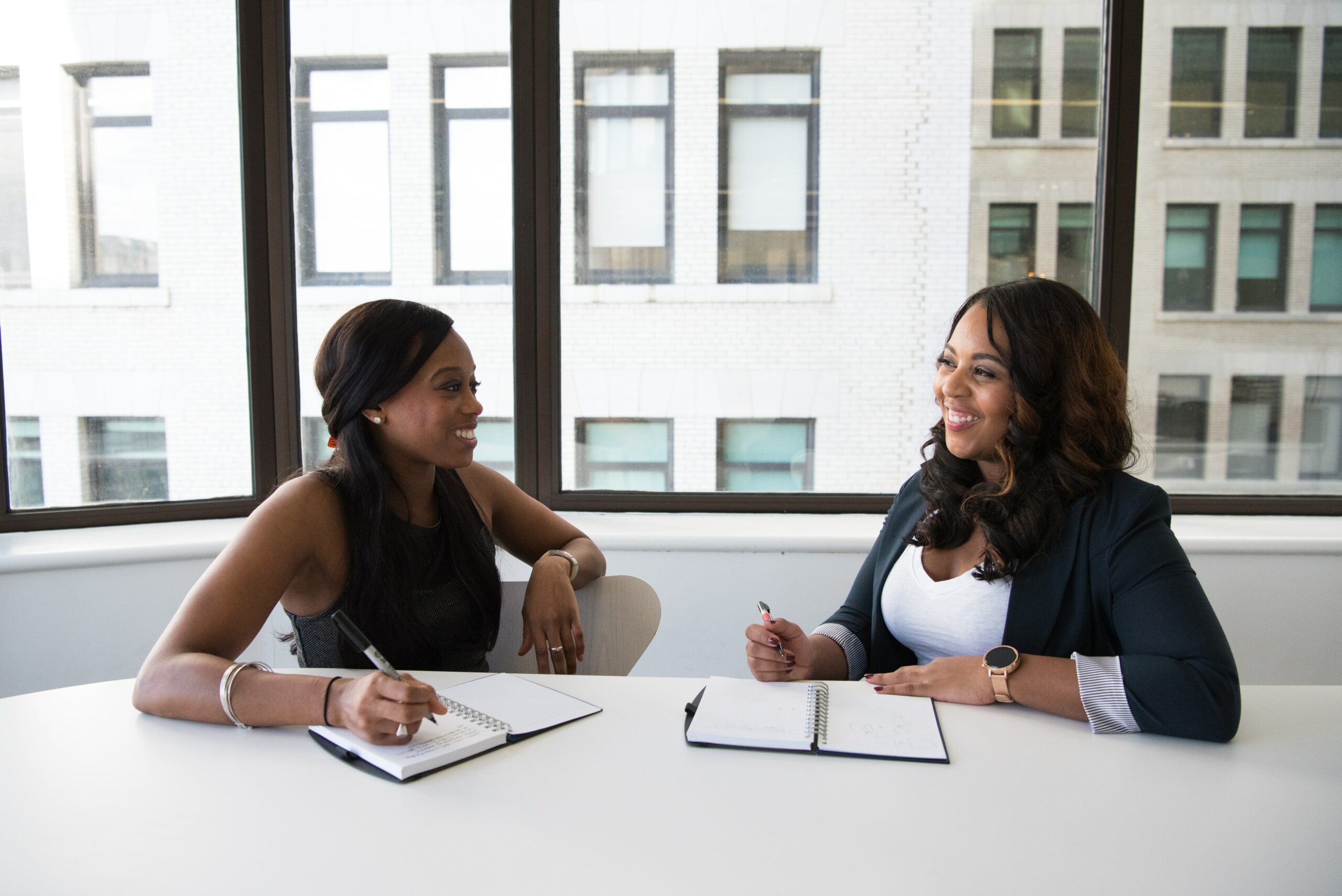 Examples of Workplace Microaggressions and How to Reduce Them

What do you do when stereotypes seem to rule your work experience? Workplace microaggressions are subtle behaviors that affect members of marginalized groups but can add up and create even greater conflicts over time. If you can’t quite put your finger on the problem, whether the stressor is behavioral, environmental or verbal, it might be a series of workplace microaggressions fueling the fire.

Categories of workplace microaggressions include those that appear as overt discrimination, predjudicial behavior, abuse or harassment. In many cases, the aggression can be difficult to pinpoint and resolve because it is not so outright and obvious, or even malicious. And in some cases, the microaggressions are an unconscious behavior from the perpetrator.

There are varying categories of workplace microaggressions and the most common are microassaults, microinsults and microinvalidations. Each type can have a lasting effect on the target’s ability to experience belonging or social acceptance in work and at home, which is a fundamental part of reaching their full potential and feeling validated as a valued member of society.

Unfortunately, since the subject is not often talked about in an everyday setting, some aggressors may not even realize they have crossed the line by showing insensitivity or bias to someone’s class, race, nationality, religion, age, sexual orientation, gender or disability.

Here are some common microaggressions that are often overlooked:

A microassault is a type of overt discrimination or criticism that is done intentionally to discredit a marginalized group. This type of microassault includes indirect put-downs, belittling or bullying behavior, such as racial epithets carved into a wall, the posting of historically offensive symbols, such as confederate flags or swastikas, slurs said to others related to religion or sexuality, such as mocking a group’s dress or cultural norms, or other language or actions that signal to the marginalized group that they are inferior and worthy of mistreatment or bias.

A microinsult is a comment that communicates that the demographic group is not respected, but the target is seen as an exception to the stereotype. It is often seen as a compliment in the eyes of the person who said it but is actually a direct insult to the person who receives it. The one who is delivering the microinsult often does not even realize they have insulted the target because of their own unconscious bias or prejudice.

For example, if someone reassures you that you are not like the negative stereotype for your marginalized group, this is considered a microinsult. In another way, exclusion can also be seen as a microinsult, such as judging a woman as “harsh” when she speaks with authority, talking over her in meetings or ignoring her input despite the same behavior being encouraged when it comes to her male counterparts.

Another example of a microinsult happens in industries where a certain demographic is favored and the minority becomes “invisible,” such as men who are nurses or women who are pilots.

A microinvalidation is a comment or action that dismisses the experiences of historically disadvantaged group members. It is especially common for members of a group who would like to see change or express themselves when it comes to the challenges they have faced as a marginalized member of society, but all too often the target is dismissed, discredited and even laughed at by those who did not experience the same thing or do not want to draw attention toward themselves and also become a target.

An example of a microinvalidation is saying, “I don’t see color,” when in reality the target sees this as very much a part of their personhood or how they identify themselves as a person. With this in mind, it denies the target their racial identity, which should not need to be denied or minimized in any way.

Differences are not wrong, and saying so minimizes the systemic racism that persists even today.

Diversity is about recognizing and appreciating the value of our differences. It is also about understanding that someone’s experiences and how they navigate through life is very much shaped by their identity.

Processing Microaggressions When You’re the Target

If you’re the target of workplace microaggressions, then you’re likely feeling invalidated as a person, doubting your abilities, or questioning whether you belong in the social setting altogether. These are common symptoms that you’re a target, and the situation can leave you feeling gaslighted and confused.

In fact, the microaggressions can become so widespread and overwhelming that it takes a toll on your mental or physical health and creates a continuously hostile work environment. When you’re the target of microaggressions, it’s important not to let the bully “win” or allow their negative behavior to linger and chip away at your self-esteem.

Take a moment to consider the following steps if you’re being targeted:

There are ways to address such behavior that result in breakthroughs in communication that effectively resolve the issue. But since unconscious bias is not always perceived by the perpetrator, even after the fact, it is important to approach conflict resolution in the case of microaggressions with caution and care.

It’s also important to ensure the intended result of not just stopping the aggression toward the target, but setting a standard for everyone to follow in the future by making it clear what is “right” or what is the acceptable and appropriate behavior.

The Risks and Challenges of Confronting Microaggressions

Confronting microaggressions can be a daunting task, especially for those instances that are rooted in unintentional and unconscious bias or prejudice, and the costs of escalation can lead to even bigger misunderstandings. Therefore, it’s important to take the time to think through the complexities of microaggressions from each party’s perspective.

Oftentimes, a microaggression does not outright cross boundaries that would be considered discrimination based on legal protections, or it cannot so easily be proven given the social context, so it’s important to understand the challenges of resolving workplace microaggressions.

How to Address Microaggressions at Work

If you’re experiencing microaggressions in the workplace, then there are some steps you can take to stop the abuse, such as addressing the situation head-on, writing down your thoughts and soliciting the help of a human resources professional.

There are some risks involved in addressing a microaggression that may not seem so obvious at first. For instance, if the aggression is being made by multiple people, it’s difficult to hold any one person accountable or combat the group. In some instances, there may not even be a person to talk to about an incident for fear that a manager or group of co-workers will amplify the aggression as a form of retaliation.

Being direct with the perpetrator can sometimes be a good approach if the aggression is minor enough to address head-on. It shows the aggressor that you’ve given them the benefit of the doubt before “going over their head” to file a complaint, which is an attempt to minimize future conflict between you.

In this case, it shows the aggressor that you went out of your way to validate their personhood by informing them how their behavior has negatively affected you. It’s important to keep things professional by stating facts, such as saying, “I found what you said/did unacceptable and ask you to please not let it happen again as a friend/co-worker.”

Let them know that a simple apology and correction of the behavior is all that is needed to resolve the situation.

Write Down Your Thoughts

Sometimes writing down your thoughts can help you level set the way you feel about an issue and the way others perceive the issue.

Part of coming up with a resolution is understanding how the situation affected you and what you feel comfortable doing about it. In fact, it can help you realize that you’re not alone in experiencing this type of aggression.

In another way, writing down each microaggression as it occurs and documenting the details about the incident can help you explain the situation when you’re asked to provide specific examples.

In some cases, the first step should be to let human resources know what you’re going through, and this is especially true for more severe cases of discrimination or harassment, or when you experience a pervasive fear as the result of the aggression.

Some steps to let HR know about a situation or incident at work could be to:

Reach out to a human resources professional at your company, and set up an appointment with someone who is trained in conflict resolution and management.

Sometimes introducing the problem without naming names is an effective approach to understanding how to navigate a particular issue when seeking guidance without intending to “out” the perpetrator.

Ask for guidance or assistance

Seek the advice of your HR professional, or ask them to assist you in monitoring and resolving the situation. It is likely that no one action can be used to resolve this type of issue unless the violation was so severe it warrants dismissal. Therefore, an HR professional is trained in coming up with an approach that will result in a win-win scenario for the company and the target/s of aggression.

How to Stop Microaggressions at Work

Human resources managers are trained to resolve communication and behavioral issues that arise in the workplace. In fact, they learn these skills in the classroom and beyond, while obtaining a BBA or MBA in HR management, and this training allows them to more diligently resolve or implement best practices to deter a company culture from indulging microaggressions.

Here are some things HR managers can do to resolve the issue:

In cases where the aggression is more covert and not necessarily the result of conscious behavior, or simply causes a bad feeling in the target rather than an outright “conflict” that can be detected by others, it’s important to enlist the advice of a trained HR professional, since the resolution may involve more than just conflict management skills.