Filter by
Filter By:
Cancel Apply
Auto/Diesel Institute of Michigan, In the News 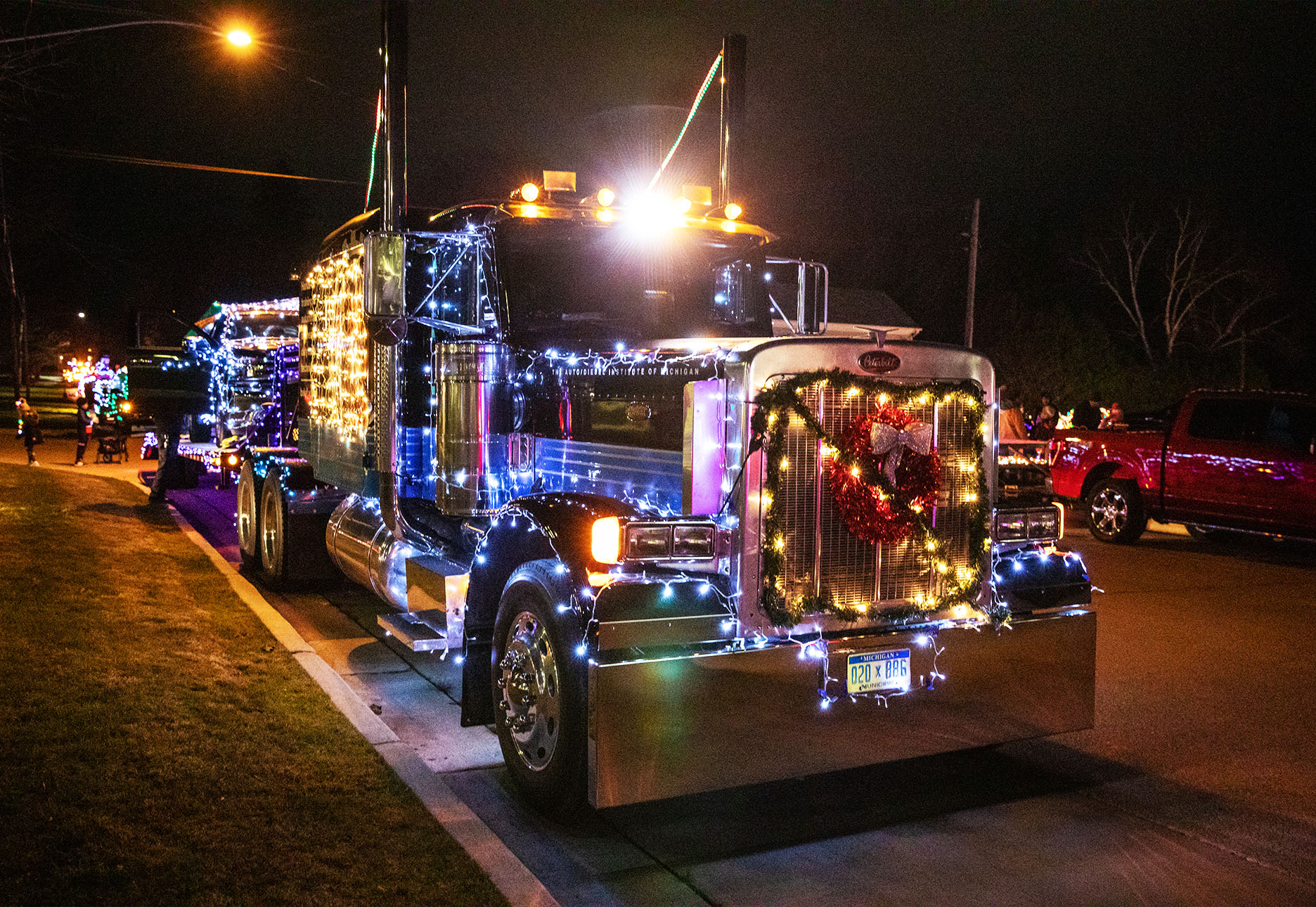 The ADI’s 1987 Peterbilt as it appeared in the Corunna Parade of Lights on Dec 2nd.

The Parade of Lights kicked off the 26th annual Corunna Festival of Trees, an event that spans two weekends in McCurdy Park, the Corunna Historical Village and the town’s community center.

Crowds gathered on Mack Street as floats, tractors, firetrucks, a marching band and other displays lined up at the corner of North Shiawassee and West State streets in holiday regalia and trimmed with lights.

The ADI brought their best showpieces to the parade, including a 1987 Peterbilt 379 towing a trailer carrying a 2019 Chevrolet Silverado and a Cobra kit car, a 2013 Dodge 3500 pickup pulling a T-Bucket kit car, and bringing up the rear was their 2017 Gem e2 electric vehicle. Each automobile was wrapped with strings of color-coordinating lights, and the truck beds were packed with oversized presents.

“Our ADI instructors spent many late afternoon and evening hours decorating our vehicles,” said Ken Boyer, dean of ADI. “When the idea came up to ‘go all out’ with decorations they sat down and developed drawings of each vehicle to determine how they would be decorated. The wrapped Christmas gifts in the back of both pickups was an added bonus to finish the Christmas theme.”

“I know they spent some time at local stores getting the big boxes, washer and dryer boxes, so they would be big enough to be seen and fill the back of each truck, Beth (Smithingell, ADI Administrative Assistant) did a lot of wrapping and made a couple of trips to the store for wrapping paper,” he said.

“We were unsure if we could win first prize because of the competition we’ve seen in the past, but we knew we would be a contender. When we won the guys were excited. They put in a lot of hours.”

You can learn more about the Auto/Diesel Institute of Michigan’s certificate and associate degree programs at baker.edu/adi.