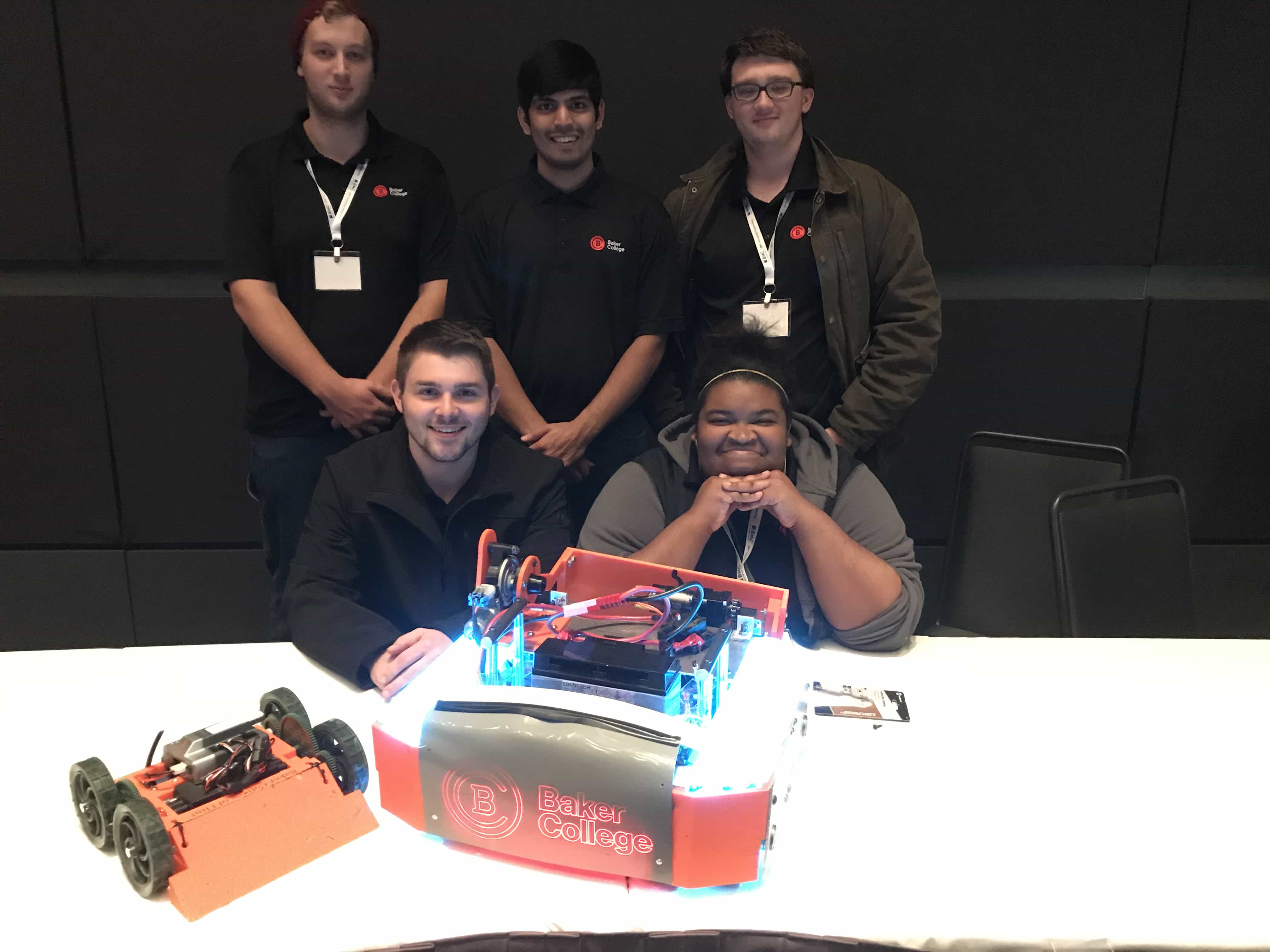 The Baker team was ranked second after three qualifying rounds, advanced to the semi-finals and then into the final round, finishing fourth overall in the field of global competitors. The Challenge at hand was to build and battle a robotic soccer team.

“We competed at Penn State in April at E-Fest East. After we were invited to the finals at the International Mechanical Engineering Congress and Exposition (IMECE), the students decided to create a second robot to act as defense, and beef up the main robot in the areas where we had trouble in the first competition,” said Baker College Program Director of Engineering Technology and team advisor Tom Spendlove.

“The addition of the defensive robot helped us to run interference against teams trying to score on us while adding ‘the wall’ gave our main robot a method to keep smaller bots out of our sensitive components.”

The competition was part of the International Mechanical Engineering Congress and Exposition (IMECE) the largest interdisciplinary mechanical engineering conference in the world.

The Baker team worked hard in the last few months to make sure they were ready for the international competition and enjoyed seeing the different designs from other teams and interacting with students from around the world.

“We are incredibly proud of our team, the work they’ve done and how they represented our school to the ASME leadership and other students from the six countries represented in the competition,” said Baker College of Flint President Wen Hemingway. “Kudos to our Faculty Advisor and Program Director, Tom Spendlove, and to our Dean of the College of Engineering, Dr. Anca Sala for her commitment to providing excellence to the program.”