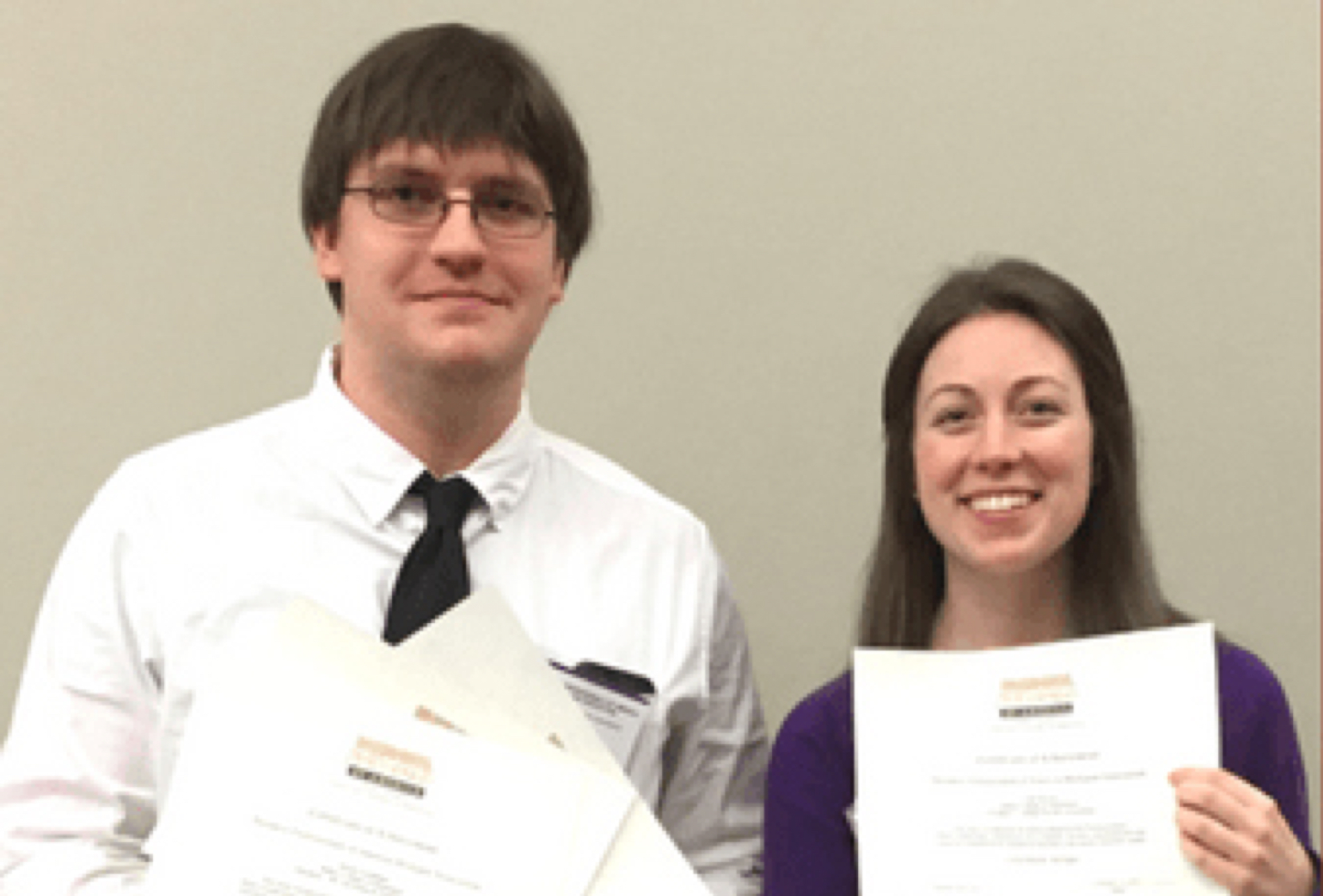 This will be the third national BPA convention for Devore, a senior who will attempt to regain the national BPA championship that she won in 2015 for Federal Income Tax Accounting. She is pursuing a bachelor’s degree in business administration accounting.

Goodman also competed at the 2016 national BPA convention. He is a senior and is earning a bachelor’s degree in information technology and security.

Mark Verhoeven, BCS, MBA, BPA team advisor and program director of networking and security at Baker College of Muskegon, said, “This year our team was small but mighty. Both students work full time, take classes and then had to find additional time and energy to prepare for the competition. They are an inspiration to our program and our school.”

Verhoeven, one of only two advisors in Michigan to have attained the BPA Local Chapter Advisor certification, was recognized at the postsecondary conference for five years of service as an advisor.

“The BPA competition is a measure of each student’s intellectual prowess as well as their dedication to excellence. When our students place at the top, it reflects brightly on them, on Baker College programs and on faculty members who make it a priority to mentor the students and prepare them for the competition.” – Lee Coggin, J.D., Baker College of Muskegon president.

Good Luck Leah and Brent, we will be rooting for you!