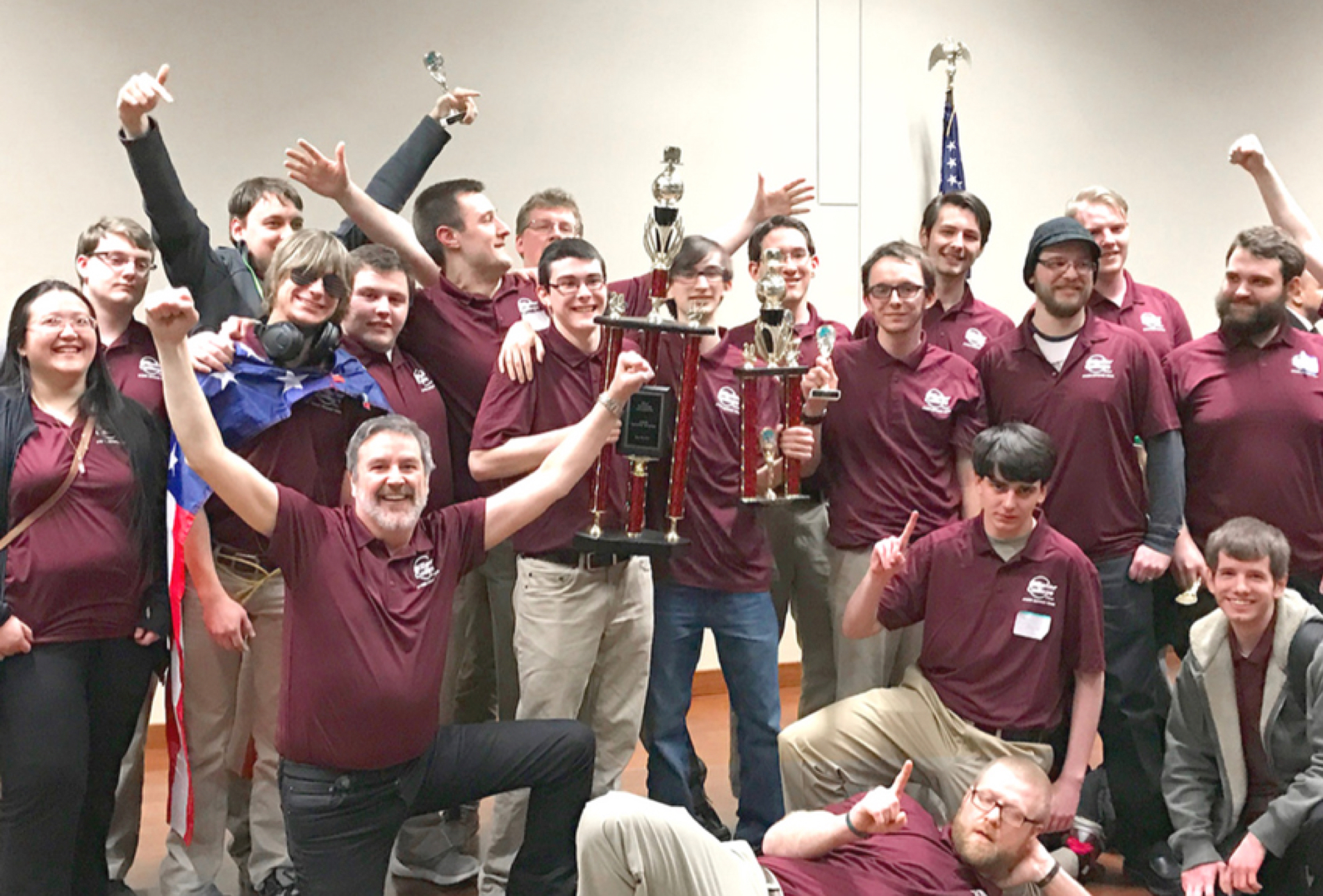 Members of the Michigan championship team are:

Members of the team placing third at the state competition are:

“These students are deserving of recognition,” said Wen Hemingway, MBA, CTP, Baker College of Flint president. “Through quality training and incredible preparation, they represented Baker College very well. Credit also goes to faculty and staff members who continue to raise the academic bar in Baker College IT programs and prepare students for jobs with some of the top IT employers in the country.”

For each competitive event, students set up their networked systems and spend an hour protecting their applications, which are booby-trapped. Then they perform assigned tasks or injections, which can be already compromised. The students prepared for close to 100 injections. Next, the professional “white hat” hackers attack the systems.

“It was a tough competition and required on-point skills in the areas of technology, organization, communication and documentation,” said Doug Witten, Baker College of Flint program director for cyber defense, computer science and computer information systems. “The seven ‘white hat’ hackers – two of which were off-site – were excellent and threw some unconventional adversity into the contest. Our students were prepared – with practice schedules that rivaled a full-time job – and faced it like highly skilled professionals.”

The teams from Baker College’s Flint campus were among 11 competitors at the state event in Grand Rapids. All team members are pursuing bachelor’s degrees in cyber defense.

Accompanying the team to the competition, in addition to Witten, was Baker College instructor and team advisor Matthew Hansel, president of Inter-Network Design LCC.

The competition is organized by the Michigan Collegiate Cyber Defense Network, a group of network engineers, security experts and educators working to advance cyber defense education in Michigan. The group designs and holds competitions and joins with other state groups to expand the competition.

To learn more about Baker College information technology programs, contact the admissions office at 810.766.4000 or [email protected] or visit www.baker.edu .