Filter by
Filter By:
Cancel Apply
College of Health Science, In the News 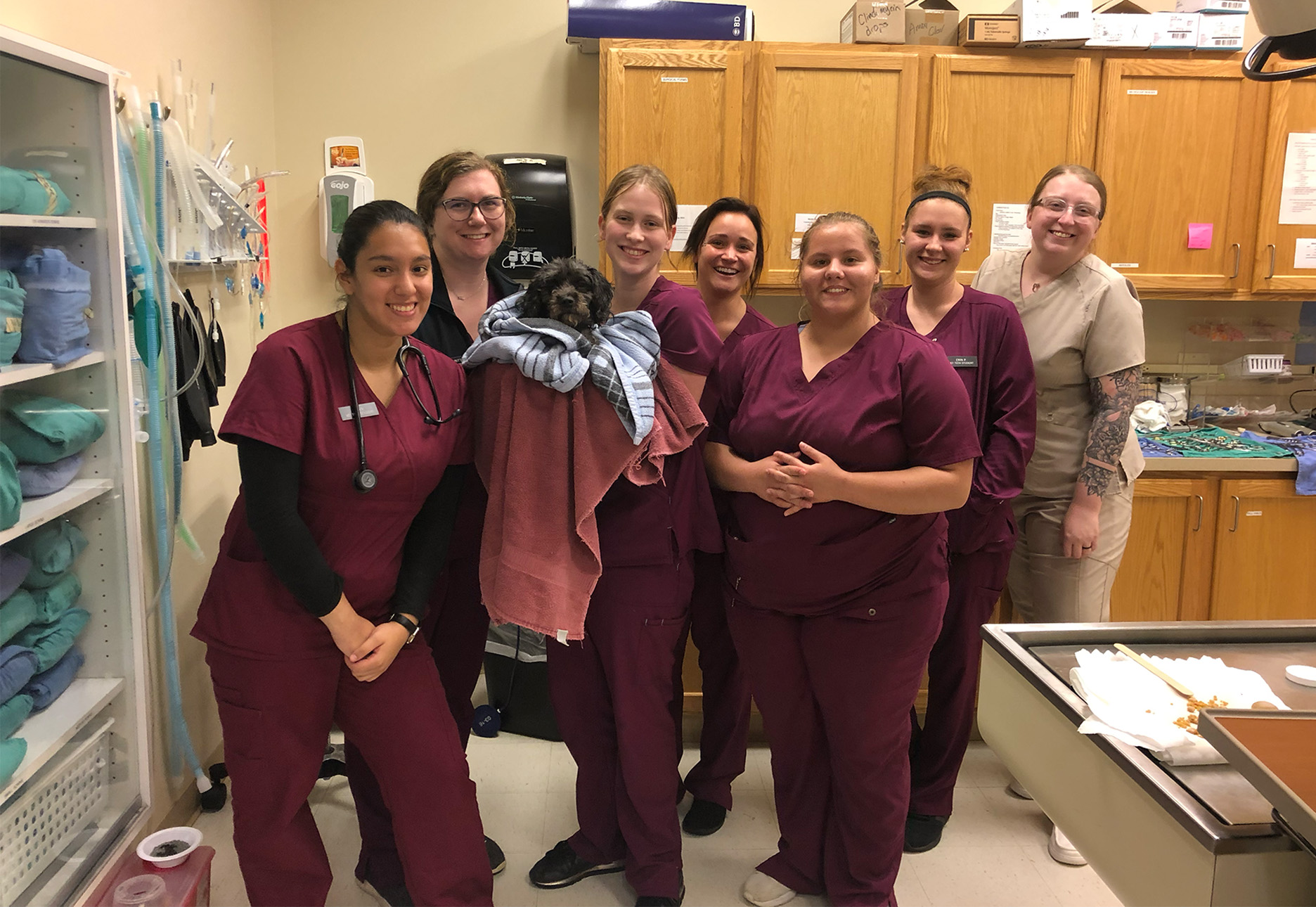 Here’s a heartwarming #BakerProud story from the Vet Tech team at Baker College of Jackson, which we’re paws-itively thrilled to share with you today.

Recently, a stray dog, Bella, was picked up by Officer Pat Dillinger of Calhoun County Animal Control.  Bella was in rough shape, including lacerations on both sides of her neck that required surgical repair. Per protocol, as part of the intake process at Animal Control, Bella was scanned for a microchip and was found to have one. Officer Dillinger contacted Bella’s owner to share the thrilling news, but was rebuffed by her on his initial outreach, as she assumed it was a scam or cruel joke, since Bella had been missing for eight years! With some persistence, however, Officer Dillinger was able to convince Bella’s owner that her long-lost pet had indeed been found.

Soon thereafter, though, it was discovered that Bella had additional, serious medical issues, including massive amounts of bladder stones. Enter the Baker College of Jackson Veterinary Technology program, which routinely works with area shelters to provide services like spaying and neutering, blood testing, vaccinations, select surgeries and more. A variety of BC Jackson Vet Tech staff and students assisted in Bella’s surgery and recovery care…falling in love with her in the process. After a thankfully uneventful procedure and recovery, Bella was healthy enough to head home. The only problem, though, was that home was nearly 700 miles away in Kansas City, Mo.

But it was Baker College to the rescue again. Our Vet Tech students set to work researching and coordinating logistics, and ultimately, Sherry Porter, BC Jackson administrative assistant, volunteered to personally drive Bella home to be reunited with her owner. With an approximately 24-hour round trip, and generous support from Baker College to cover transportation costs, Bella was returned to her owner, safe and sound, after nearly a decade apart.

Here are some photos and video of Bella and the Baker College Vet Tech team members who helped ensure her story had a happy ending.  Also, you can hear more about Bella’s journey on this episode of JTV (Jackson TV), featuring Dr. Erin Howard, medical director of BC Jackson’s Vet Tech program and Dr. Bradley Romans, campus director of Baker College of Jackson.

A round of applause to all of those involved in Bella’s care and transport.  A truly wonderful BakerProud tale…or should we say tail?

To learn more about the Vet Tech program at Baker College, visit our program page on baker.edu.