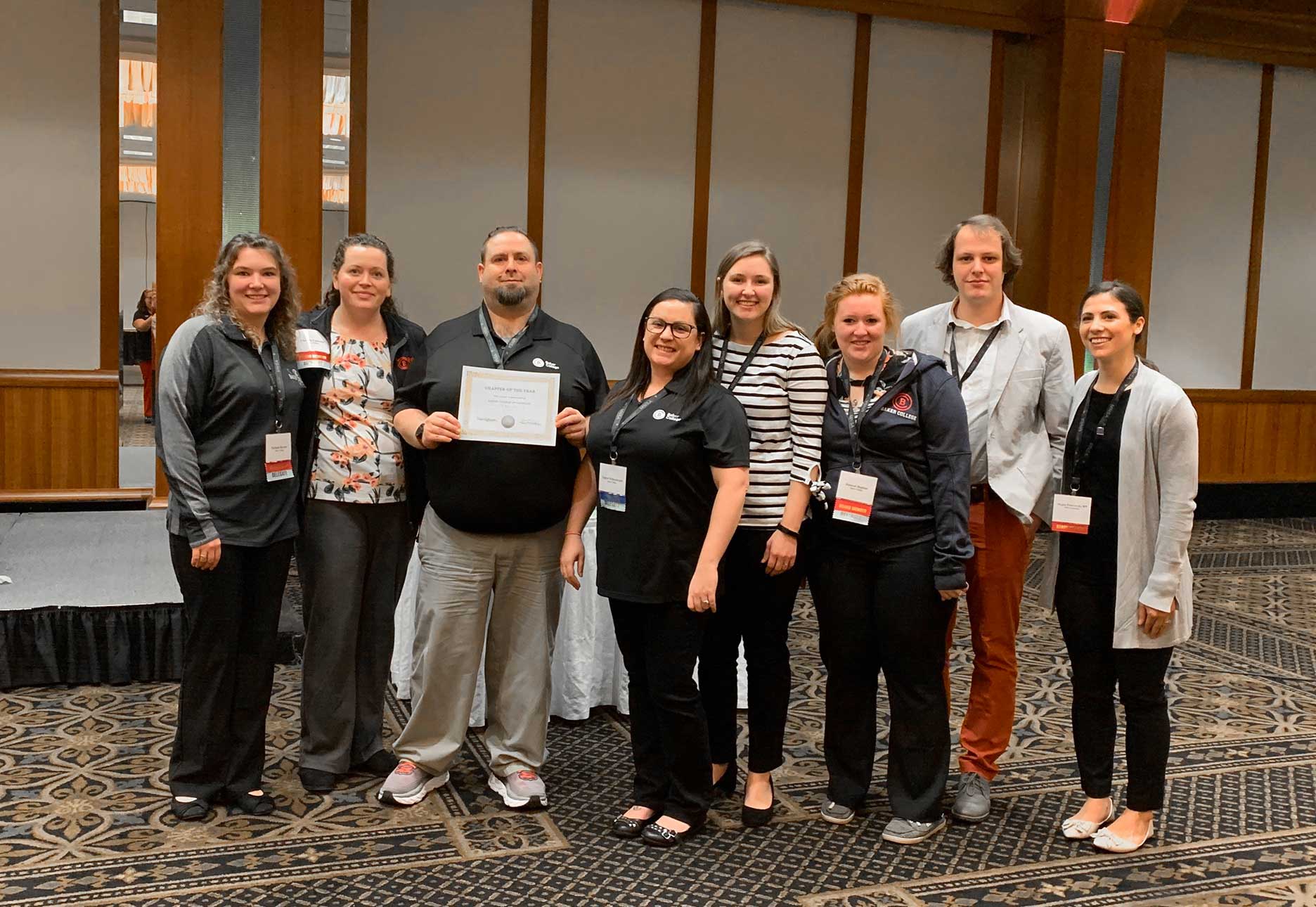 Baker Cadillac students earned three individual awards, while the school’s Student Nurses Association chapter earned an additional two honors, including Chapter of the Year.  Additionally, Baker students were elected to three of eight executive board positions, and an original resolution proposal, presented by three students, was unanimously voted to be sent to the national level for consideration.

Sheena Erickson, of Cadillac, Mich., won the MNSA’s Outstanding Nursing Award; Daniel Felton, an Alden, Mich. resident, received the Outstanding Board Member Award, and Victoria Ford, of Mesick, Mich., was honored with the Future Florence Award.  The Baker College of Cadillac Student Nurses Association earned the Chapter of the Year honor, as well as the Community Health Award for its partnership with Innovation High School and the Baker community nursing class to create a physical fitness event.

Additionally, a resolution entitled, “In Support of Increasing Visibility of Nurses in the Media,” created and presented by Felton, Ford and VJ Singh, of Grand Rapids, Mich., was unanimously approved by MNSA delegates to be sent forth to the National Student Nurses Association.  Three of the students also were elected to MNSA board positions at the convention, including: Felton as board communications director, Ford as 2nd VP and Singh as board treasurer.

“We are beyond proud of this stellar group of Baker College students and future nursing professionals,” said Christy Rapoza, MSN, RN, Baker College SNA faculty advisor.  “They represented themselves and Baker College with great skill and maturity, as we knew they would, and we are thrilled to see them recognized at the statewide level for their efforts and achievements.”

Baker College offers bachelor of science degrees in Nursing for both pre- and post-RN Licensure students, with courses available on-campus and online.