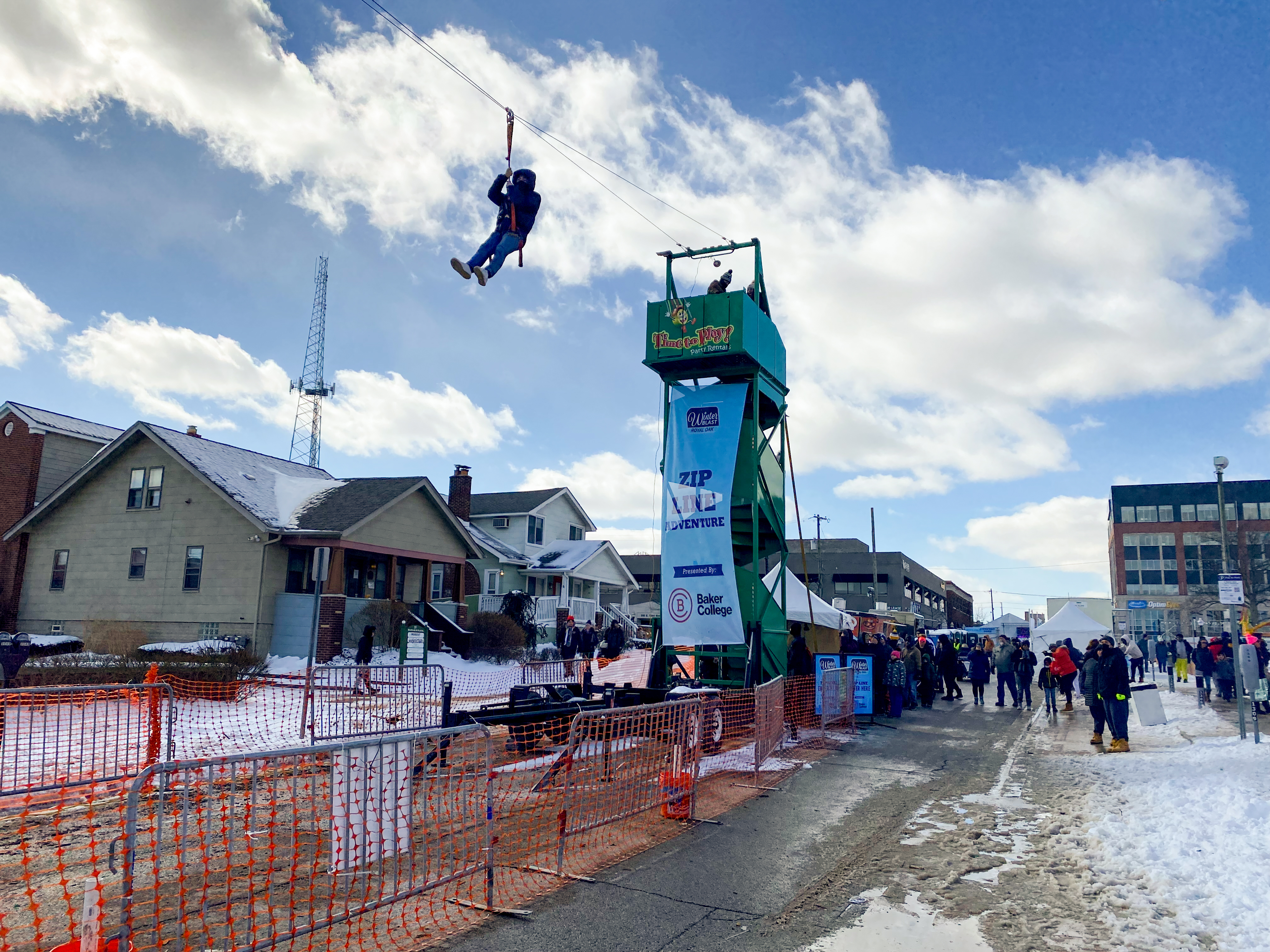 ROYAL OAK, Mich. – Not even Arctic-like temperatures stopped people from venturing outdoors to enjoy metro Detroit’s annual winter festival, Winter Blast Royal Oak. The festival, held Feb. 18 through Feb. 20, in downtown Royal Oak, proved to be a success in the first year of its new location.

“We are pleased to see Royal Oak carry on metro Detroit’s annual winter tradition with excellence,” said Jon Witz, festival producer. “We would like to thank Oakland County and Royal Oak city officials for helping us pave the way to another successful Winter Blast. Royal Oak citizens and visitors from all over metro Detroit responded well to the festival and played a huge part in supporting our community causes, which is reflected in our numbers.”

Notable features of this year’s Winter Blast included a new outdoor ice rink sponsored by M3 Investments; a giant snow slide, presented by Soaring Eagle Waterpark & Hotel; a Polar Plunge, sponsored by Howard & Howard; and a Zip Line sponsored by Baker College, which took riders soaring 34-feet high and 300-feet above the ground. A portion of the sales from the Baker College Zip Line, totaling $3,000, will benefit United Way’s 2-1-1 program, a 24/7 crisis hotline that connects local families to resources of need.

“Baker College was proud to be a partner with this year’s Winter Blast and sponsor of the exciting Zip Line Ride,” said Pete Karsten, president of Baker College of Auburn Hills and the College’s upcoming Royal Oak campus. “The event was a great time to enjoy winter festivities outside or take in some delicious food and music inside the warming tents. Being a part of community events like the Winter Blast is one of the reasons we are so excited to be moving to Royal Oak.”

Baker College Student Nurses Association club members also hosted a table at the event to pass out snacks and prizes and distribute information about winter safety and heart health.