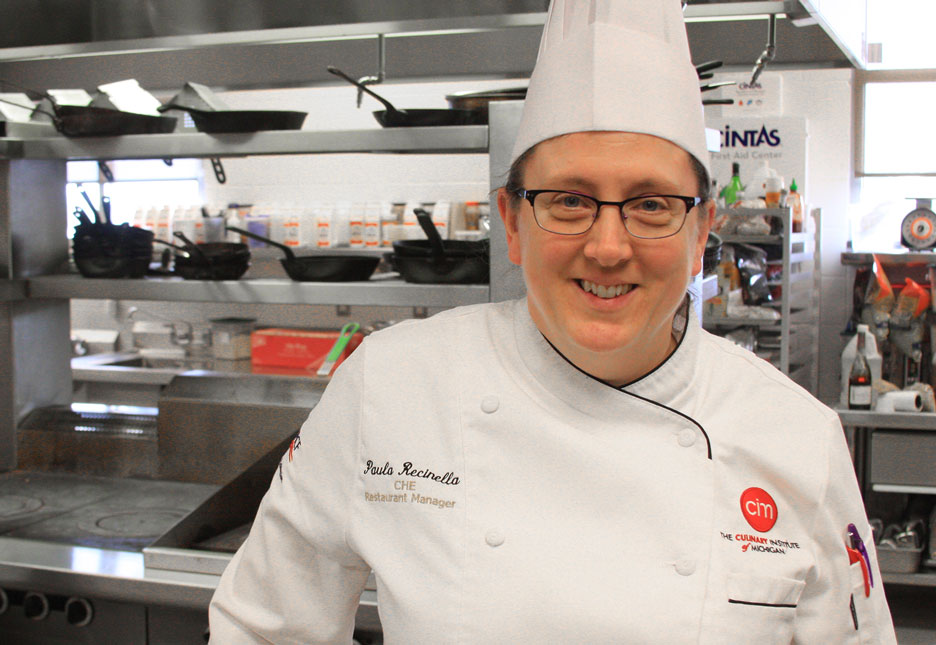 Honorary members of the Academy are those who have dedicated many years of service to the promotion of the culinary profession and the American Culinary Federation. Only individuals of exemplary character are considered and the National Academy Chair may approve no more than six candidates per year for this honor.

Chef Paula was nominated by Chefs David J. Turcotte SGM (R), CEC, AAC, Michael J. Beriau, CEC, AAC, HGT, and Rajeev Patgaonkar, CEC, AAC, HGT. Each of these chefs have witnessed her work, devotion, and dedication for years with her students outside of the classroom and approached her last summer to confirm if she would accept the nomination, which she did. The academy has a rigorous vetting process that spans almost an entire year from the time of nomination through voting and approval to then being vetted publicly for three months throughout which at any time an academy member who does not agree with a nominee can come forward and dispute a nomination in writing, to final induction.

We are all very proud and excited that Chef Paula is being recognized for her incredible work and contributions to the culinary profession by the Academy with this national recognition.

To learn more about the Culinary Institute of Michigan and its programming, head to the CIM webpage at baker.edu/cim.