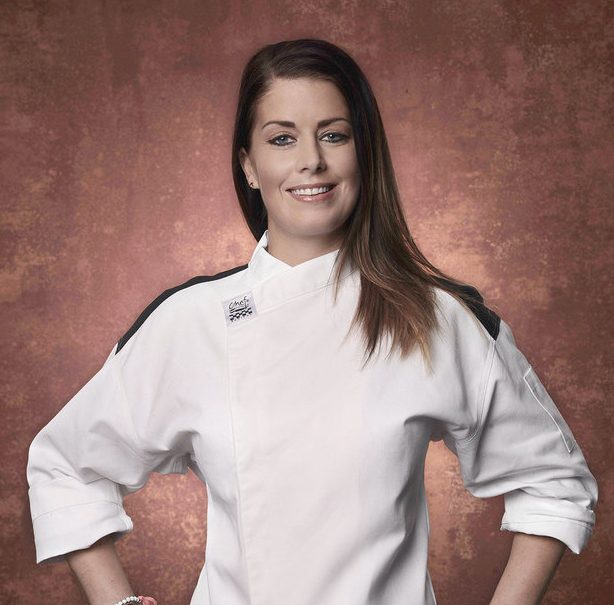 The Baker College Culinary Institute of Michigan boasts a talented and accomplished group of alumni, including the latest winner of Hell’s Kitchen. Chef Kimberly Ann Ryan recently demolished the competition on the popular reality TV competition, scoring an esteemed position with The Venetian’s Yardbird Southern Table & Bar in Las Vegas — worth approximately $250,000.

Kimberly Ryan’s Impressive Background
A Michigan native, Ryan grew up in Traverse City and attended Michigan State University, where she earned a significant portion of her rent by purchasing groceries and cooking for her roommates. She’d long dreamed of shaking up the culinary industry (and had worked extensively in bars and restaurants), but her cooking endeavors at MSU convinced her that she was actually capable of making it as a chef. Her first step involved enrolling at the Culinary Institute of Michigan, where she immediately felt welcome. After proving herself at CIM, Ryan completed an internship at The Cook’s House before embarking on her career at Traverse City’s Black Star Farms.

How Kimberly Ryan Rose Through the Ranks on Hell’s Kitchen
Few professional experiences can test a chef’s abilities and mental stamina quite like Hell’s Kitchen, a grueling show that forces contestants to deal with seemingly impossible culinary challenges and harsh criticism from the industry’s most accomplished — and most brash — authorities, including the renowned Gordon Ramsay.

Always one to challenge herself, Ryan decided to ditch her comfort zone by competing on Hell’s Kitchen. She generally prefers to work behind the scenes, but as a reality TV contestant, she was forced to deal with a variety of strong personalities. She didn’t always enjoy the social aspects of the show, but she did take pride in showing off all she learned while attending CIM and working as a chef in Michigan.

Ryan’s signature dish? Seared scallops with mango jalapeño salsa and spicy toasted crispy rice. This is just one of several dishes she’s mastered, and through her hard work on Hell’s Kitchen, she’s continued to expand her already impressive repertoire. Just as importantly, she’s strengthened her management skills and found her voice as a real culinary leader.

By the finale, Ryan was heavily favored as the season 16 winner. It was not an easy road to victory, however, as a previously eliminated chef drafted by Ryan sabotaged her efforts. She held firm, however, and ultimately delivered a superior dinner. Clearly impressed, Chef Ramsay complimented Ryan’s “tenacity, drive, and skill,” adding that her newfound ability to command a kitchen meant that “there was no stopping her.”

Now that she’s made a name for herself on Hell’s Kitchen, Ryan plans to make her mark at the Yardbird Southern Table & Bar. The future is bright for this rising star!

Congratulations to Kimberly Ann Ryan — your accomplishments are bound to inspire the many CIM students who wish to follow in your footsteps.