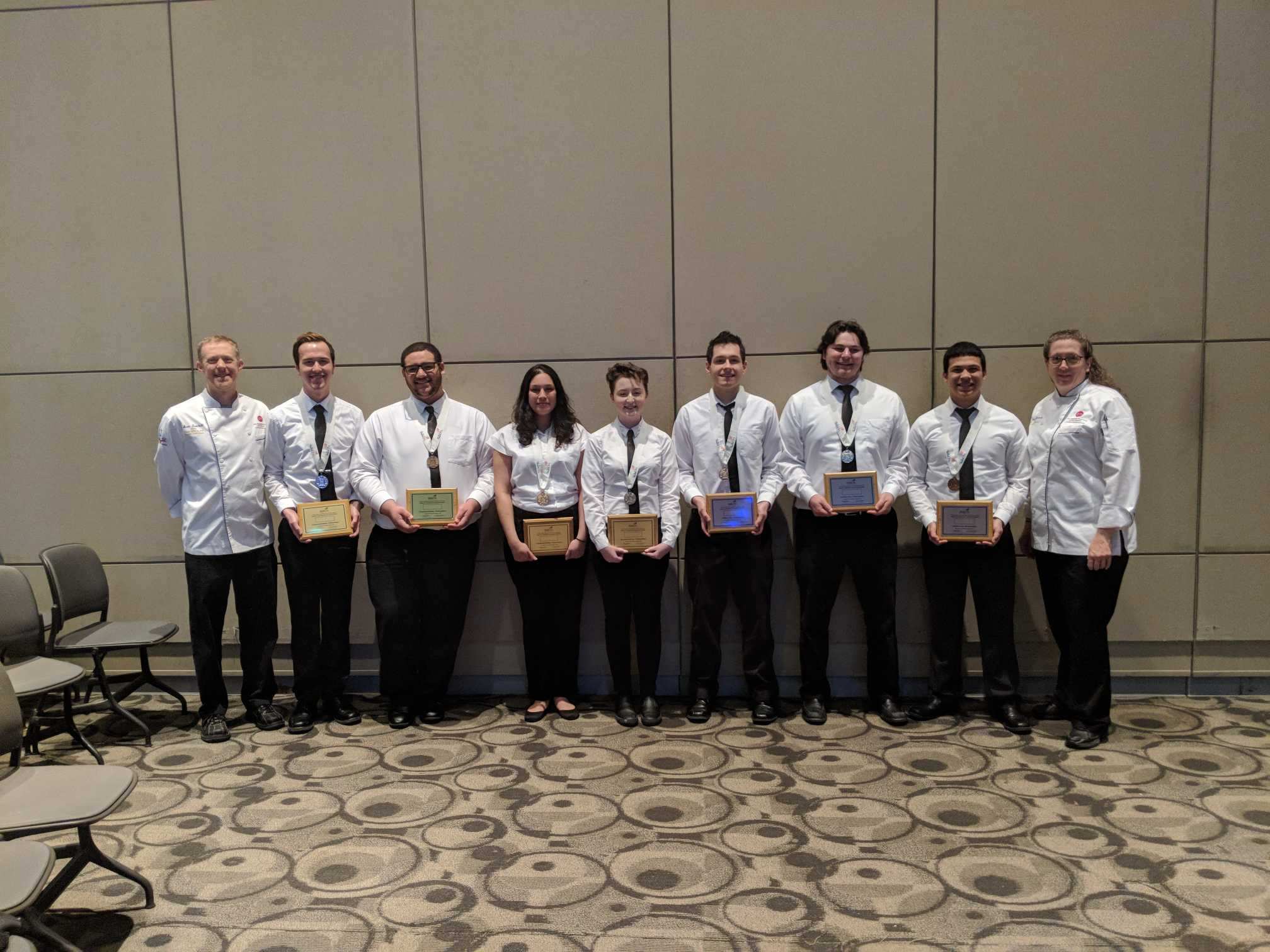 On April 23, 2018, winners were announced for the 2018 SkillsUSA Post-Secondary State Cook-Off, an annual culinary competition held on March 3rd, 2018 at the CIM Port Huron. For the third consecutive year, student chefs from The Culinary Institute of Michigan (CIM) in Port Huron, a division of Baker College, were named state champions and swept two categories, Culinary Arts and Commercial Baking. Also, for a third year in a row, CIM Port Huron placed in the Restaurant Service category.

SkillsUSA is a national non-profit organization serving teachers and high school and college students who are preparing for careers in trade, technical and skilled service occupations. SkillsUSA Championships are competitive events showcasing the best career and technical education students in the nation.

“It was a clean sweep for our Port Huron students across two categories and state titles for the third consecutive year,” said Chef Tom Recinella, CEC, AAC, HGT, Baker College’s Dean of Culinary. “Consistently performing at this level, and winning state championships year after year, is an accomplishment that we all can certainly be incredibly proud of.”

2018 has been an impressive year for the student chefs of CIM Port Huron. In addition to the recent SkillsUSA Post-Secondary State Cook-Off state championship titles, earlier this year, CIM Port Huron also claimed a state championship win in the American Culinary Federation’s (ACF) Michigan State Student Team Cook-Off, as well as a variety of top honors in a recent ACF sanctioned competition.