Filter by
Filter By:
Cancel Apply
Culinary Institute of Michigan, In the News 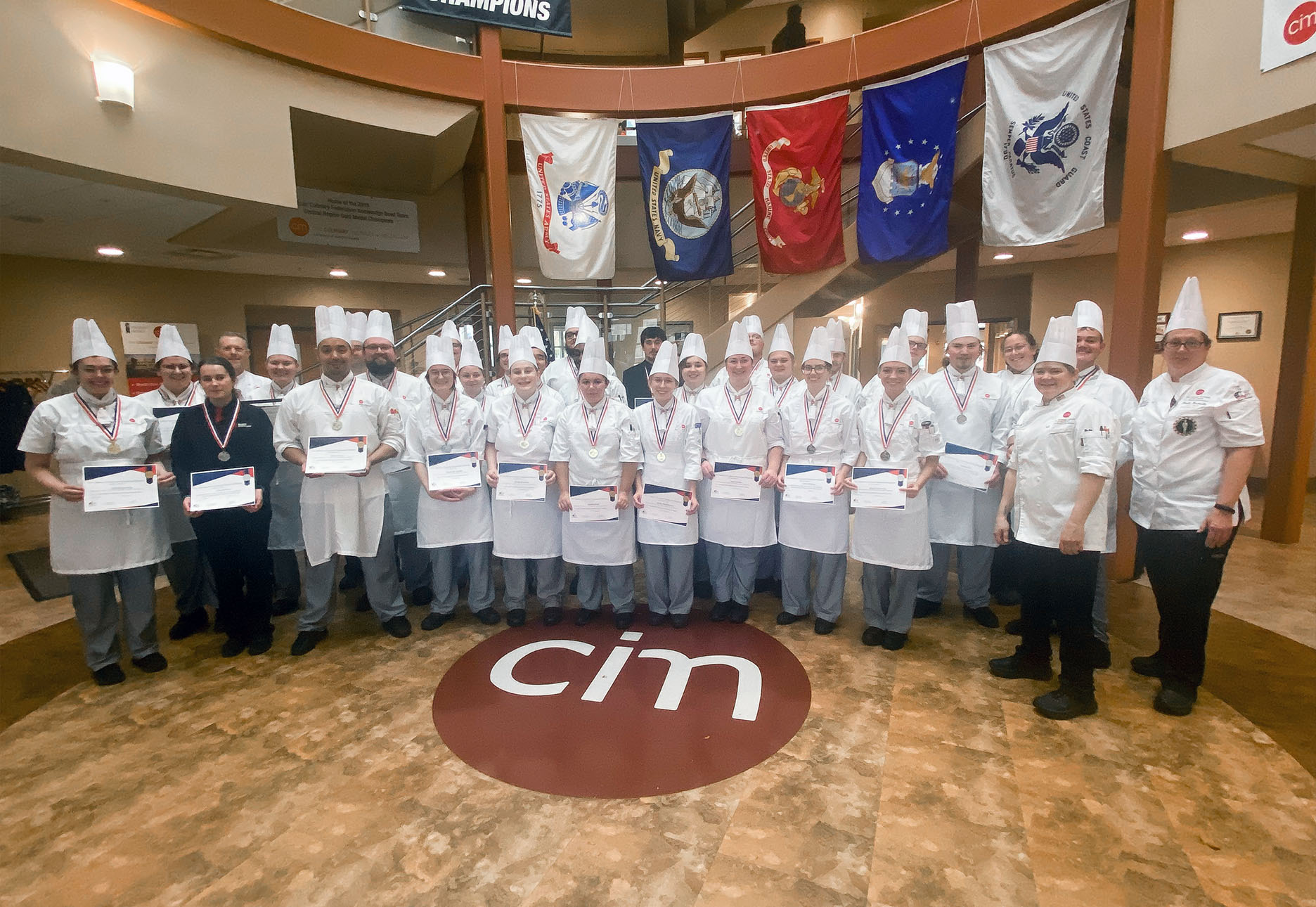 Culinary Institute of Michigan ACF competitors with their medals

The 2022 American Culinary Federation (ACF) Annual Sanctioned Competition, held Nov. 5, 2022 at Baker College’s Culinary Institute of Michigan (CIM) in Muskegon, was an event with much to both celebrate and commemorate.  The celebrations were highlighted by the return of spectators to the in-person competition for the first time since 2019, and the nearly 50 combined medals and honors, including best in show honors and a perfect score, earned by CIM student and faculty competitors.  The commemorative activities were led by a special tribute to late Baker College administrator, Mark Heaton, and the awarding of a first-annual namesake scholarship in Heaton’s honor, made possible by the ACF West Michigan Lakeshore Chapter, to Andrew Mendez, a Culinary Arts student at CIM Muskegon.

Heaton, who passed away unexpectedly in 2020, was a Baker College enrollment special projects director, who was known and beloved for his work with various programs and departments throughout the college, and perhaps none more so than his long-standing partnership with the CIM and its leadership team.  The tributes to Heaton at the ACF Sanctioned Competition event were led by Baker College Dean of Culinary, Chef Tom Recinella, CEC, AAC, HGT.

“Mark Heaton was exceptional at his job, I have never seen or experienced anyone who connected to people the way that Mark did.  There was no one better,” said Chef Recinella.  “His love of the CIM and Baker College was genuine and all encompassing.  He was also an exceptional human being who we all miss very much.”

Heaton’s legacy will live on through the new Mark Heaton Scholarship, presented by the ACF West Michigan Lakeshore Chapter.  The inaugural $500 award was presented to Andrew Mendez, of Warsaw, Ind., a Culinary Arts student at CIM Muskegon.  Mendez was recognized for his efforts, behavior and representation of himself and the school and as a leader in the kitchen.

Heaton’s remembrance was part of the larger event of the day, the annual ACF Sanctioned Competition.  At ACF competitions, chefs compete for their own individual honors, not head-to-head against other chefs, and are judged on a variety of criteria, from safety to taste to nutritional balance.

For each competition category, chefs who score high enough, based on evaluation from the six professional judges, are awarded a bronze, silver or gold medal, as warranted.  The nearly 50 participating students and instructors from CIM Port Huron and CIM Muskegon together earned a total of 48 medals, as well as one perfect score and one best in show each by a student and professional.

“This was an incredible day of cooking and camaraderie, as our competitions always are.  We are of course very proud of the accomplishments of both our students and faculty, but what we are most proud of is the dedication and perseverance, through practice and preparation, that it takes to accomplish these tremendous results,” said Recinella.  “That is the most important thing.  That is the greatest benefit of putting yourself out there and competing in an ACF Sanctioned Competition.  It was an extraordinary day!”

The CIM competitors were joined by entrants from Dorsey College, Columbus State Community College and Ypsilanti Community Schools.  A complete listing of the CIM’s 2022 ACF Annual Sanctioned Competition results is available below.