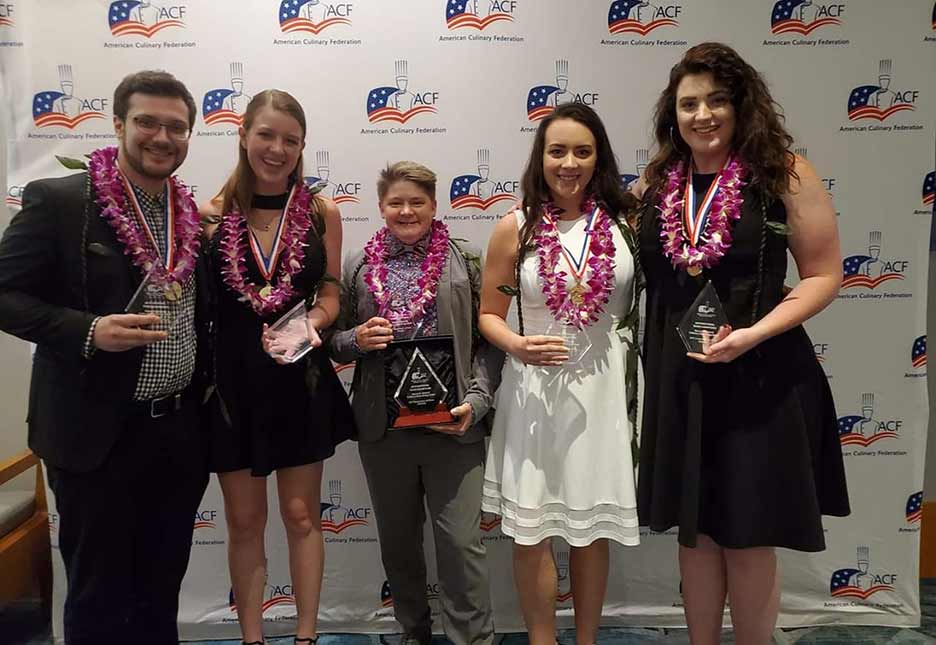 A team of students from Muskegon’s Culinary Institute of Michigan (CIM), a division of Baker College, has won the 2019 American Culinary Federation (ACF) Knowledge Bowl National Championship.  The team of four student chefs, all of West Michigan, earned the CIM’s first-ever ACF Knowledge Bowl national title at the competition finals on August 7, 2019 in Orlando, Fla.

Formally known as the ACF Baron H. Galand Culinary Knowledge Bowl, the competition includes multiple rounds of a “Jeopardy”-style trivia competition with questions covering topics such as nutrition, baking, culinary math, safety and sanitation and the arts of classical and modern cooking.

“They absolutely crushed the opposition…our team never lost a round.  In my 32 years being involved with the ACF, I have never seen such a dominating win at the National Championship,” said Chef Tom Recinella, CEC, AAC, HGT, Baker College’s Dean of Culinary.  “It really speaks to the dedication and devotion of their coach in preparing them, as well as their own drive and focus.  This is a real feather in our cap here at the CIM.”