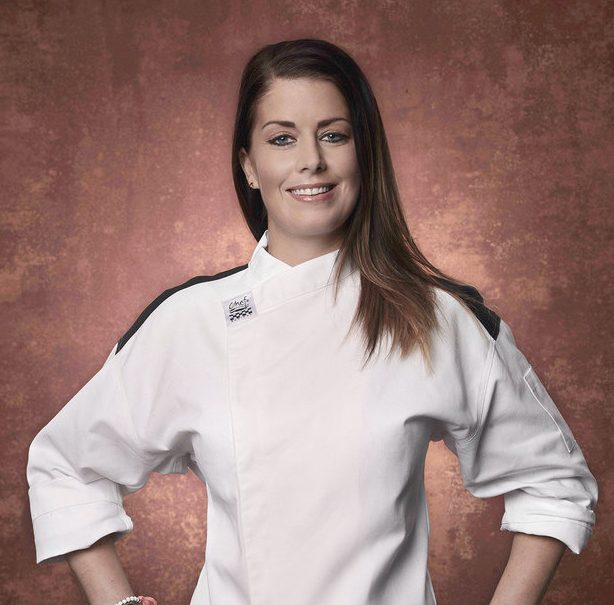 She’s endured a series Chef Gordon Ramsay’s grueling challenges and fought through his hellishly intense culinary academy to claim a spot in the Top 6 of Fox’s hit television show, “Hell’s Kitchen.” Now, Chef Kimberly Ann Ryan will return to her alma mater, Baker College’s Culinary Institute of Michigan, to visit with fans and watch the next episode of the hit reality show.

The Culinary Institute of Michigan in Muskegon will host the Season 16 contestant at a meet and greet on Thursday, January 12. The event, where Kimberly will be available for photos and autographs, is open to the public and will be held 4:30-6 p.m. at 336 W. Clay Ave, Muskegon, MI.

Following the meet and greet, Kimberly will head to Hennessey’s Irish Pub and Restaurant for a public viewing party of the “Black Jacket Lounge” episode of “Hell’s Kitchen” at 7:30 p.m. (Space is limited) The episode will reveal if Kimberly is one of the five finalists to receive a coveted, black chef’s jacket and continue on toward the Hell’s Kitchen title.

The final contestant and winner of the competition will receive the grand prize – a head chef position at Yardbird Southern Table & Bar at The Venetian Las Vegas, a total prize value of $250,000.

Kimberly is a Traverse City native and graduate of the Culinary Institute of Michigan. After graduating in 2012, she now works as an event chef in the Traverse City area.