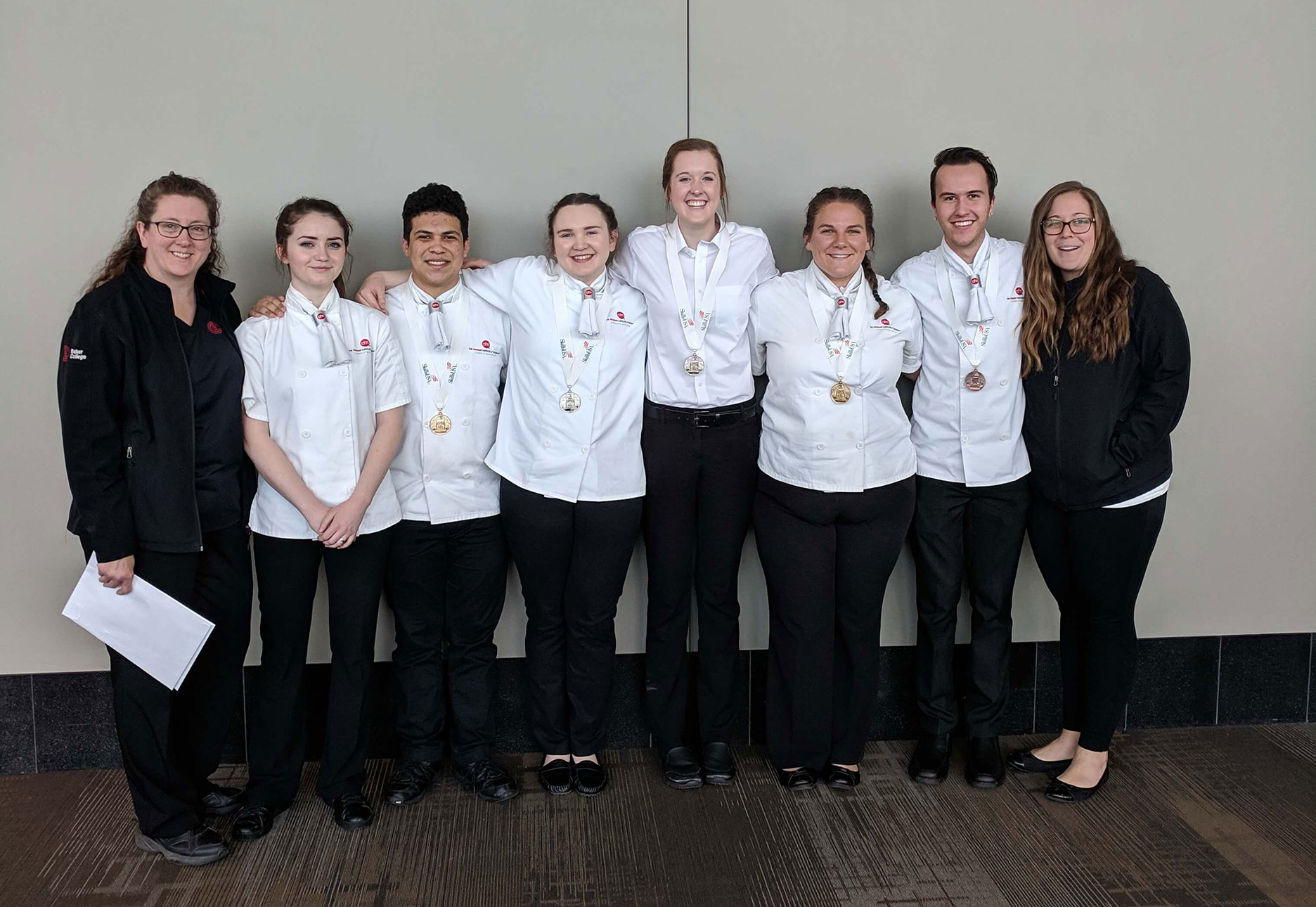 The Culinary Institute of Michigan, a division of Baker College, has once again claimed several top honors in various culinary competitions this year to date, from both the American Culinary Federation (ACF) and SkillsUSA.

For the fourth year in a row, student chefs from CIM Port Huron have won the SKILLS USA Post-Secondary Michigan State Championship in both Culinary Arts and Commercial Baking.  Representing the State of Michigan, the winning students, Devon Bokeno (baking) and Joe Herrrea (culinary arts), will now go on to compete in the Post-Secondary National Championships in Louisville, Ky. in June.

The CIM Muskegon campus also has been busy earning competition victories.  For the second year running, Chef Instructor, Amanda Miller, and a team of four student chefs from CIM Muskegon – Stanley Mersino III, Rachelle Murphy, Kate Strauss and Camryn Potter – have won the ACF Central Region Knowledge Bowl Team Championship.  Next, the team will head to the ACF National Convention in Orlando, Fla. in August, to compete in the Knowledge Bowl Team National Championships against three other regions.

“We’re so proud of our CIM students and staff, not just for their award-winning victories, but for their consistent commitment to hard work, impeccable execution and respect for and dedication to the culinary arts,” said Chef Tom Recinella, CEC, AAC, HGT, Baker College’s dean of culinary.  “This group truly personifies the BakerProud mantra.”

With campus locations in Port Huron and Muskegon, Mich., the award-winning Culinary Institute of Michigan offers associate degree and certificate programs focused on some of the fastest-growing areas of food service.  CIM students learn from experienced industry professionals and develop technical skills through intensive hands-on training in world-class culinary facilities.  Student chefs also gain real-world experience working at Courses, a teaching restaurant, open to the public, and located on each CIM campus.